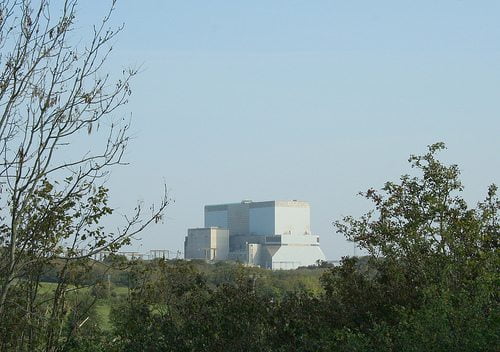 The Government’s energy policy is looking increasingly inept, as Jonathon Porritt and Molly Scott Cato MEP agree to act as Patrons to the Stop Hinkley Campaign. The recent energy policy re-set shows the Government plans to rely mostly on imported and fracked gas and nuclear power for UK energy supplies, just as Scientific American publishes a study showing we could use renewables for all our energy needs by 2050.

Meanwhile, the Hinkley Point C project looks more and more financially toxic. Now even the association of employee-shareholders says it could spell doom for EDF as a company. Mounting losses accrued by AREVA and EDF on the EPRs being built elsewhere have already put the future of the company in jeopardy. Investment bank Investec, Moody’s and Standard and Poor have all advised clients to sell shares in EDF.

Secretary of State for Energy and Climate Change Amber Rudd has been busy slashing support for renewables since she came to office because she says she is concerned about energy bills. And yet she has attacked two of the lowest cost energy sources (wind and solar) just as they are making progress towards being competitive with gas, whilst subsidising one of the most expensive sources of electricity – nuclear power.

Britain could have six times the power-generation capacity for the same money by investing in wind turbines instead of Hinkley Point C according to Bloomberg New Energy Finance (NEF). And the Solar Trade Association has shown that solar PV could provide the same amount of electricity for half the subsidy cost of Hinkley Point C. The future for solar and wind in the rest of the world looks bright and now the Lazard investment bank is predicting the cost of energy storage will be competitive in five year’s time.

Stop Hinkley Spokesperson Roy Pumfrey said:  “We are lucky to have two forward thinkers on our side now that Jonathon and Molly have agreed to act as Patrons to the Stop Hinkley Campaign. Unlike Ministers they understand that nuclear power is seriously damaging our efforts to tackle climate change; it is expensive and won’t make any difference to the security of our energy supplies for at least a decade. The Government, on the other hand, seems to have invented special glasses to help it look backwards.”

Environmentalist and Writer, Jonathon Porritt, campaigner, author and Founder Director of Forum for the Future, and now a Patron of the Stop Hinkley Campaign, says: “The Government’s ‘energy trilemma’ – tackling climate change at the same time as providing energy that is affordable and secure – can be solved primarily with renewables and energy efficiency but it seems determined to ignore the answer staring us in the face. Instead of making a risky 35-year bet on the most expensive electricity power generation station ever proposed, it should be supporting the creation of a world-leading renewables industry that already has widespread public support.”

In the run-up to the Paris Climate Talks at the end of this week, South West Green MEP, Dr Scott Cato, and also a new Stop Hinkley Campaign Patron says:  “We need to see a transformation to the way our economy works and we need to see it quickly. 100% renewable energy by 2050 is possible, and the report I commissioned on the South-west region demonstrated just that. This transformation could create 122,000 new quality jobs in the process and add £14bn to the regional economy. Yet this Government seems to be doing everything it can to kill off any chance of achieving this.”