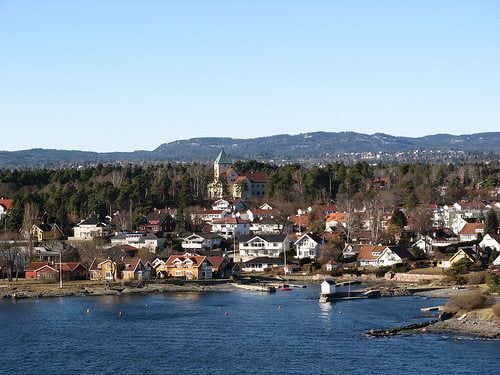 The Norwegian government has announced that the country’s sovereign wealth fund will increase its investment in environmental projects. However, green groups have voiced their disappointment that the move didn’t go further.

The $860 billion (£518 billion) pension fund owns around 1% of the world’s stock. Around 8% of its investments are in the coal, oil and gas sectors. Over the last year, it has taken steps to improve its ethical investment policy and exclude companies that are involved in human rights and environmental violations.

Currently, the fund has a mandate to investment between 20-30 billion kroner (£2-3 billion) in the green economy. Norwegian finance minister Siv Jensen announced that this is set to almost double. The ethics council has also been scrapped and the central bank will decide when to divest from a company.

Despite the increase in investment in green projects, environmental groups have said the measures are insufficient and should go further to improve investment in renewables. They have also voiced disappointment that the fund’s mandate has not been broadened to allow it to invest in infrastructure projects such as windfarms and solar energy.

Nina Jensen, CEO of WWF-Norway, commented, “WWF expected the government to deliver something big on the sovereign wealth fund, particularly in light of its failure to act elsewhere on climate change.

“The government has raised ambition on the fund through its platform and the prime minister’s statements. We and others supported that level of ambition but now we see that was an empty promise.”

WWF argues that the size of the pension fund means an investment commitment of 5% of the fund’s investment going to renewables would cause “ripple effects on renewable energy around the world” and drive change in the global energy mix.

Jensen added, “Every decision Norway make on this fund sends signals around the world. Norway can make a huge difference in the world, and this announcement falls short of meeting expectations of the people of Norway and of the world.”