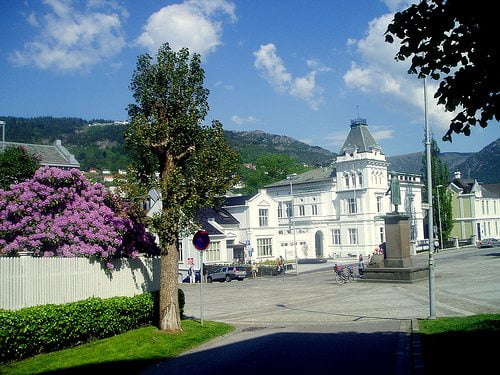 A Norwegian university is debating whether it is ethical to research the oil industry in light of emission reduction targets and the impact the sector has on the environment and society.

According to Peter Haugan, a professor at the Geophysical Institute at the University of Bergen, research for the oil industry is conflicting with the ethical requirement to contribute to sustainable development. He told Norwegian newspaper Klassekampen that researching the sector was “extending the fossil fuel age”.

According to the newspaper, oil and gas company Statoil has an agreement with the University of Bergen for research over a five-year period worth 55m kroner (£5.4m). However, following student protests, the Research Ethics Committee will now debate the agreement.

Albert Anderson Øydvin, leader of the Socialist Youth at the university, described the fact that the oil industry was heavily involved in defining research at universities as a “big problem”. He added that it contributes to “greenwash”.

Leading climate scientists agree that global warming should be kept below a 2C increase, when compared to pre-industrial levels. Going above this level would lead to catastrophic changes and seriously damage the environment. As a result, many countries have set emission reduction targets.

Haugen commented, “We know that the total oil production must go down and not up. Therefore, it is very difficult to conduct research on new exploration methods, or to look for new fields that will not be ready for production until many years.”

He acknowledged that some research, such as studies that looks into health and safety and reducing greenhouse gas emissions in the oil sector, should continue, as they don’t contribute to more exploration.

“We scientists have a responsibility for what we do. We cannot close ourselves in and say that politics takes place somewhere else. I hope that what we have started at the university could be the business for sustainable and future-oriented research and that other operators will follow suit”, he concluded.

University students from over 300 campuses in the US have recently called for educational institutions to divest from fossil fuels. The movement also spread to the UK. The Norwegian debate represents another way in which universities should consider ethics and responsibility.