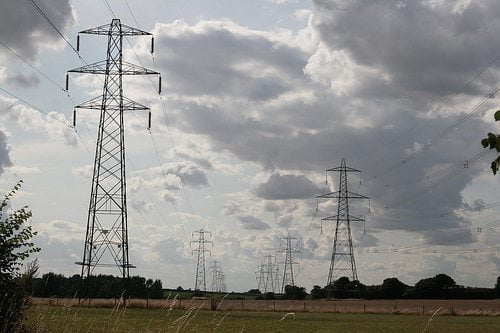 Energy supplier Npower is reportedly axing up to 1,400 jobs in its UK call centres, just over a month after announcing winter price rises of 10.4%.

Although the firm, which is part of the big six, hasn’t publicly confirmed the news, reports say it will make an announcement on Thursday morning.

Around 1,400 employees are set to be in the firing line. ITV News business editor Laura Kuenssberg tweeted on Wednesday, “I’m told 2 of 3 sites at Peterlee in County Durham will close, along with closures of Npower offices in Stoke and Thornaby.” Many of the jobs will be outsourced to India.

Npower became the third of the big six energy suppliers to announce a rise in its consumer energy prices, when it revealed a 10.4% hike in October – the highest increase so far.

It said this would affect around 2 million customers, with the average Npower annual bill going up by £141 to £1,493, according to price comparison site MoneySuperMarket.com.

A Which? survey at the beginning of November said consumer trust in the energy industry had fallen as a result of the price rises. Npower was found to have the poorest customer satisfaction rate of all the big six providers, at just 39%.

Meanwhile, the energy regulator Ofgem recently said that energy firms had increased their profits rose by 77% last year to £53 per home, figures that the industry said was wide of the mark. Npower recorded annual profits of £390m in March this year, in the wake of previous price rises for gas and electricity customers.

Chief executive Paul Massara also said in April that despite the profit and price rises, Npower did not pay any corporation tax in the UK between 2009 and 2011. He said the firm had been let off after it invested in new power infrastructure, including wind farms.

Hundreds of people took to the streets of London on Tuesday to protest against the big six. Under the banner “Bring down the big six – fuel poverty kills”, campaign groups including UK Uncut and the Greater London Pensioners Association marched outside Npower’s headquarters in the City of London.

The march came on the same day as the release of figures that revealed a 29% increase in winter deaths during 2012/13, compared with the previous winter.

Speaking about the expected job cuts, an Npower spokesman said, “As we announced a couple of months ago, Npower has been undertaking a major review of sites, operations and people across the UK.

“We’ve been doing this to improve our customer service and keep our costs down, at a time of external pressures on customers’ bills.

“As we’ve always said, we’ll tell our people first and then inform the media.”