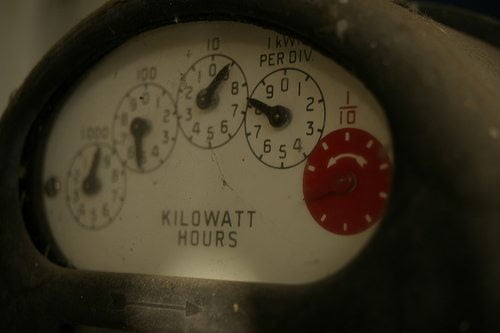 Prepayment meters are to be investigated by the energy watchdog Ofgem after a freedom of information request found half a million were ‘forcibly’ installed in homes across the UK in the last six years.

Prepayment meters help some people to manage a budget, according to the industry body Energy UK.

But figures obtained by BBC Radio 5 live have uncovered the extent to which energy companies have used them against energy consumers who have racked up debts.

A freedom of information request by the station found that over half a million have been forcibly installed into homes following court warrants being issued.

Energy companies in England & Wales apply for warrants at Magistrates’ Courts and if granted, have the authority to enter the homes of consumers with debts owed to them to install prepayment meters.

Energy UK say that prepayment meters can help consumers to manage a budget, but the practice has been blasted by Citizens Advice, who say that customers get a “raw deal”, paying an average of £80 more annuals than direct debit consumers.

Energy UK said that as an industry, different options were increasingly being considered, adding that smart-meters had an important role to play for the future.

Audrey Gallacher from Citizens Advice said it was important to find out why so many pre-payment meters are being installed.

She said, “Pre-payment meter customers can’t take advantage of the competitive energy market. Many people become trapped on them and can’t get a better deal.”

An Ofgem spokesperson said, “Installing pre-payment meters under warrant should be used as a last resort by energy suppliers when consumers get into debt. It is a way to prevent a customer from being disconnected. Suppliers can only install a prepayment meter where it is safe and reasonably practical for the consumer to use.”

It added that it would be “looking into the reasons behind the increase in the number of PPMs installed for non-payment of debt on a warrant visit.”