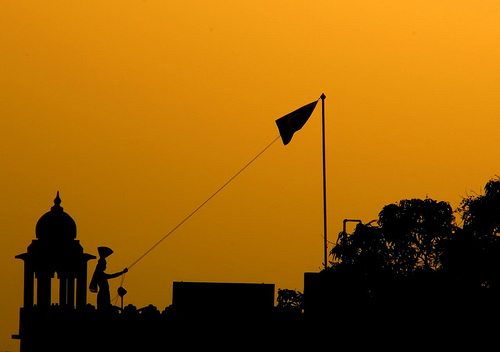 On this day in 1998: tensions between Pakistan and India rise after nuclear tests

The Ras Koh Mountains shook and crumbled as they became enveloped in white clouds of dust and rubble, following the Pakistani military’s detonation of its nuclear devices beneath them.

The large masses of rock were symbols of Pakistan’s resolve during its battles with India in the past – but on this occasion, the country’s decision to retaliate backfired. The two nations entered into a locked arms race that would put poverty over military prowess, pride over progressive thought and short-sighted temperament over international prestige.

Worldwide condemnation followed. Then-US president Bill Clinton highlighted the “priceless opportunity” Pakistan had to achieve a strong political position against India. Instead, the country was threatened with Nato-enforced embargos and sanctions, with prime minister Nawaz Sharif boasting of its technological achievements.

Addressing the nation, Sharif described Pakistan’s five tests as “inevitable”, labelling India as aggressors and describing the moment as a God-given “opportunity to take this step for our countries defence. We never wanted to participate in this nuclear race. We have proved to the world we would not accept what was dictated to us.”

India-Pakistan relations have been uneasy since the patrician of the sub-continent in 1947 – when the British Empire dismantled its control of India. Tensions between Muslims and Hindus were rapidly escalating due to changing socio-political circumstances. A quick fix devised by imperial officials saw the physical separation of the two ethnic groups, placing the majority of Muslims in Pakistan and the newly-formed Palestine.

Since its patrician, numerous conflicts and military escalations have plagued domestic unification between the two nations – waging four wars, countless border skirmishes and military stand-offs. The principle catalyst is the disputed region of Kashmir, which has been directly or indirectly involved in all major conflicts between the two countries. This excludes the Indo-Pakistan war of 1971, when Bangladesh made its attempt for independence from the minority-governed Western Pakistan.

Erosive social and religious relations between the inhabitants of the sub-continent are an underpinning factor in the countries’ domestic policies. When Britain intended to clearly define a separation between the two larger of the religious groups in 1947, nearly one-third of the Muslim population of British India remained. Intercommunity violence between Hindus, Sikhs and Muslims increased, causing widespread unrest and the dispersal of local populations throughout the region.

Continued investment into their militaries has left both Pakistan and India economically poor, with many of their citizens still living in poverty. Nationally, many places lack education, running water and the infrastructure to support their vast populations. Religious extremists in Pakistan have capitalised on these circumstances, taking advantage of their primarily rural and disillusioned people by establishing strictly controlled tribal regions and extreme versions of Islamic law.

The nuclear tests of 1998 serve as an example of the extreme tension and competitiveness that had the capacity to destroy the sub-continent. The fallout has been primarily placed on the shoulders of the civilians who have not only died in large numbers, but have been failed by their countries’ domestic policies.

But a brighter path for the two nations to compete on in recent years has been renewable energy. Pakistan recently unveiled its record-breaking 100-megawatt (MW) Quaid-e-Azam solar park, one of the largest the world has seen. With over half of the country’s households not connected to the national grid and unreliable electricity supplies for those that are connected, Pakistan has plans to become an international player in renewables and create jobs in the process.

India has ambitious clean energy plans, too. New prime minister Narendra Modi, who won a landslide election earlier this month, said he wants solar panels on every home in India by 2019. His pledge would bring electricity to the 4m households currently without power.

What moves such as these may represent is a joint plan by India and Pakistan to move away from military spending and towards domestic and economic growth. Both have said climate change is a primary motive behind their renewable energy drive.

Naseer Ahmad, president of the Renewable and Alternative Energy Association of Pakistan (REAP), said on Wednesday, “Though the energy crisis is the main concern, not only for Pakistan, but many governments throughout the world, we are in the process of addressing this issues because we are all acutely aware of the link between the use of fossil fuels and climate change.”

With research to suggest warmer temperatures could lead to more civil unrest, it is imperative that the pair – and others in both the developed and developing worlds – act fast to mitigate its impact.

Sir David Attenborough: ‘developing world cares about the future of the planet’