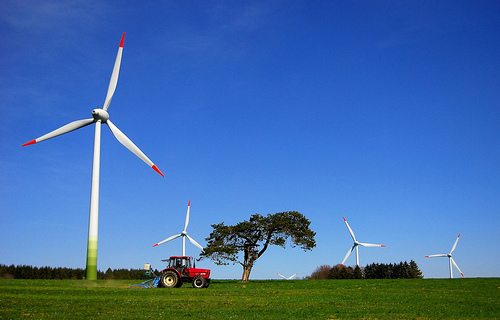 Despite the need for renewables to solve the energy trilemma of affordability, security of supply and decarbonisation investment in the sector is at risk because public opinion and policy priorities are creating uncertainty for UK investors, a report warns.

Left-wing think tank Fabian Society argues in the report – Transition by consent: Meeting Britain’s energy needs together – that winning community consent is the only sustainable way to deliver affordable, green energy to the UK in the long-term.

The paper notes that whilst public support for renewable energy remains strong in theory, development projects are failing to win consent. A government poll last year found that 77% of Britons support renewable energy, however, this isn’t translating into support for developments. The Fabian Society states that more renewable projects are being rejected than ever before, with 57% of onshore wind farm applications currently being turned down, compared to 21% in 2008.

This trend is something that trade association RenewableUK has also highlighted. The organisation criticised communities secretary Eric Pickles for his “unprecedented interference” in renewable energy projects.

The report adds, “With increasing opposition to renewable energy proposals, the role of community consent becomes even more important in addressing the energy trilemma. Public support is crucial if progress on delivering clean, affordable energy is to be sustainable.

“Some businesses have already recognised this, and government too has a role to play in facilitating a stronger focus on community consent in renewable energy infrastructure.”

By prioritising community consent and involving locals in the design process companies can build sustainable public support and thereby give investors greater certainty, it explains. The report adds that there are two overriding rules of best practice – include the community as a partner in project design and make the project more than just an energy proposition.

The risk of not involving the public early on in the planning process is “too great”, according to author Cameron Tait, noting there are projects that have spent a great deal of money that have failed to get off the ground because they did not manage to get consent from the local community.

Renewable energy firm Good Energy is used as an example for involving communities in the design development process. During a consultation exercise for the proposed Delabole wind farm the company set different options for the size and number of turbines on the farm and adjusted plans to incorporate the community’s preference.

Additionally, the report argues that offering more than energy is important and adapting developments to meet local needs – from jobs to marine protection – can bolster support for projects.

The report concludes, “The long-term low carbon transition can only occur with the consent of the public. Rather than a renewed focus on top-down solutions, communities need to be given a greater role in infrastructure design and development.