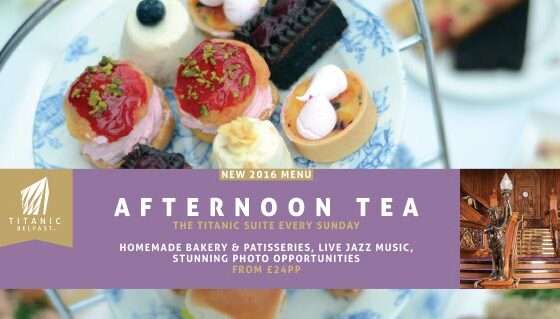 As Valentine’s Day approaches, Titanic Belfast, the world’s largest Titanic visitor experience has uncovered a few of the real Titanic love stories on board. The story of Titanic has captured hearts and minds worldwide, arguably none more so than the love story between Jack and Rose in James Cameron’s TITANIC movie. Despite being based on fictional characters, the 1997 classic is still listed as one of the best love stories of all time. In celebration of Valentine’s Day, Titanic Belfast’s has unveiled a few of the best love stories.

One of the most popular love stories was that of the owners of Macy’s Department Store, New York,  Mr Isidor Straus, and his wife, Ida, who travelled back from winter in Europe onboard Titanic. Once it was clear Titanic was sinking, Ida refused to leave Isidor and would not get into a lifeboat without him, apparently stating, “I will not be separated from my husband. As we have lived, so will we die, together.” Although Isidor was offered a seat in a lifeboat to accompany Ida, he refused seating while there were still women and children aboard.

Ida also gave her maid, Ellen, her fur coat as she would no longer need it, and insisted that she got on a lifeboat. A memorial plaque for them can be seen today at the 34th Street Memorial Entrance of Macy’s Herald Square.

There was also 13 known honeymooning couples on board Titanic’s maiden voyage, including J.J Astor, owner of Waldorf Astoria Hotel (aged 47), and his nineteen year old wife. According to the New York Times Astor “put up and owned more hotels and skyscrapers than any other New Yorker”, he was estimated to be worth as much as $200 million and was the richest man on Titanic as well as  Nelle Stevenson & John Pillsbury Snyder, grandson of the Pillsbury Company’s founder!

Another favourite is the story of the ‘Love of the Sea’ necklace, which may have been the inspiration behind the ‘Heart of the Ocean’ storyline. Kate Florence Philips (aged 19) eloped with the owner of the shop she worked for. He was 20 years her senior with a wife and child! They left for America to start a new life together. Her partner, Henry, gave her a sapphire diamond necklace set in platinum, called the ‘Love of the Sea’, which she wore proudly on board Titanic. Henry did not survive the tragedy, however, Kate got onboard a lifeboat and brought the necklace with her. She gave birth to Henry’s daughter three months later.

To find out more about RMS Titanic, visit Titanic Belfast, Northern Ireland, where the Titanic was built and launched. The world-class galleries tell the story of the Titanic, from her conception in Belfast in the early 1900s, through to her construction and launch, to her famous maiden voyage and tragic end. The iconic attraction has now welcomed over 2.7 million visitors and was also recently included in Lonely Planet’s Ultimate Travelist of 500 of the world’s most striking locations, featuring everything from imposing temples to hidden gems, after only three years in operation. It also notably beat off stiff competition from the Eiffel Tower and London Eye to be been named Europe’s best visitor attraction for groups.