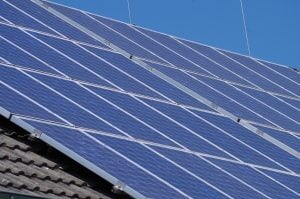 A new report has said that clean energy accounted for 44% of newly-installed electricity generating capacity in 2013, but less was invested in renewables due to falling costs and policy uncertainty.

The 2014 Global Trends In Renewable Energy Investment report says that despite a remarkable increase in renewable energy installations, which helped save 1.2 gigatonnes of emissions, investment dropped in absolute terms by 14% in 2013.

This decline was primarily due to the falling cost of renewables and a lack of clear policies in some countries.

Achim Steiner, director of the UN Environment Programme (UNEP), which commissioned the report, said that the findings suggest that investment should move towards a cleaner energy portfolio over the coming years.

“The fact that renewable energy is gaining a bigger share of overall generation globally is encouraging. To support this further, we must re-evaluate investment priorities, shift incentives, build capacity and improve governance structures” , he said.

“While some may point to the fact that overall investment in renewables fell in 2013, the drop masks the many positive signals of a dynamic market that is fast evolving and maturing. This should give governments the confidence to forge a new robust climate agreement to cut emissions at the 2015 climate change conference in Paris.”

The report also says that in 2013, China invested more than Europe in renewables and that clean energy accounted for 8.5% of global electricity generation, up from 7.8% in 2012.

Stephan Singer, director of global energy policy at WWF-International, commented, “Growth in the clean renewable sector is good news, but it’s extremely worrying that this is way below what is needed to avert dangerous climate change.