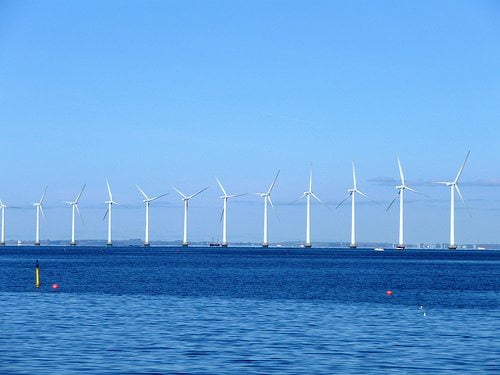 Denmark’s cumulative installed capacity is expected to expand from 13.5 Gigawatts (GW) in 2014 to reach 16.1 GW by 2025, rising at a Compound Annual Growth Rate (CAGR) of 1.7%, says research and consulting firm GlobalData.

The company’s latest report states that more than half of the total power generation will come from renewables (excluding hydropower) by 2020, as Denmark aims for renewables to become its main source of power by 2030. The government’s target is to achieve 35% of the total supply from renewables by 2020.

Chiradeep Chatterjee, GlobalData’s Senior Analyst covering Power, says: “GlobalData’s analysis indicates that Denmark is expected to achieve its target, with renewables contributing 66% of the country’s annual power generation in 2020 and more than 75% in 2025.

“Wind power will continue to account for the majority of the country’s power generation, with 44.8% of the overall share forecast for 2020.”

Furthermore, offshore wind is expected to register higher growth than onshore wind, with the former having an 18% share of generation by the end of the forecast period. This growth will be driven by the government’s increasing focus on this segment.

Chatterjee explains: “The Danish government’s objective is to increase the share of green sources in its energy mix, and gradually become independent from fossil fuels, by increasing the share of renewable energy to 100% by 2050, as stated in the Energy Policy Report of 2012.

“In the same year, the government announced a new ambitious target for the achievement of a 50% share of power consumption from wind power by 2020. Associated businesses that could thrive as a result include offshore wind platform construction and cable-laying operations.”

However, the analyst notes that Denmark’s increasing reliance on wind means that the country must ensure adequate backup in the event that wind is unable to provide baseload capacity.

“Without backup in the form of interconnections with the Nordic power pool, Denmark could face widespread blackouts. For this reason, large-scale interconnectivity to neighboring countries, such as Germany and Norway, will have to be established,” Chatterjee concludes.