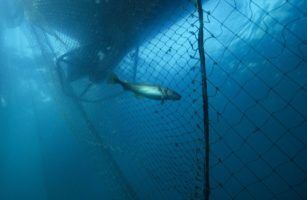 The results from the two-month, at-sea study will be used to strengthen marine protection in the region.

Oceana has today completed its first-ever expedition in the North Sea, during which marine scientists have surveyed waters of the Netherlands, United Kingdom, Norway and Denmark, on-board the MV Neptune. Since the expedition launch two months ago, Oceana has covered almost 2000 nautical miles and documented up to 700 species in 13 areas of interest, some of which had previously been little studied. Data from 73 dives were gathered via a remotely operated vehicle (ROV), which had never before been used in some of the areas, by professional SCUBA divers, and by nearly 200 grab samples of fauna from the seabed.

Oceana has documented high biodiversity in many of the areas that were characterised by sensitive habitats, such as gorgonians, Sabellaria reefs, and stone reefs. Other areas were observed to be heavily disturbed by human activities, with evidence of bottom trawling, discarded or ‘ghost’ fishing nets, and extensive infrastructure such as oil platforms, cables, pipelines, and wind farms.

“The North Sea is one of the most industrialised and disturbed seas in the world. Many fragile habitats have already been lost or seriously degraded, and with them, the life that they supported. But there is hope! Oceana’s scientists also found areas of the North Sea that are full of life, and should be protected. A carefully planned, well-managed network of marine protected areas will greatly benefit not only biodiversity protection but also support fish stock recovery,” explained Lasse Gustavsson, Executive Director of Oceana in Europe.

Nearly half of fish stocks in the North Sea are overfished and the need to rebuild stocks is one of the biggest challenges faced by North Sea coastal countries. Oceana’s preliminary findings have indicated certain areas where protection may be important for helping stock recovery. For example, five areas surveyed by Oceana in Dutch waters seem to provide important habitat for a wide range of commercial species, like flatfishes and Norway lobster. Similarly, stone reefs surveyed in Danish waters appear to serve as feeding areas for young cod.

The new evidence gathered about the biological importance of sites will form the basis of proposals to establish or enlarge marine protected areas (MPAs) and strengthen their management. Data will also be shared with national authorities, scientists, and other organisations, to support broader efforts to protect the North Sea. Oceana is promoting the establishment of a coherent network of North Sea MPAs that will preserve biodiversity and help to restore depleted fish stocks, thereby also helping to create jobs in the fishing industry and supply more healthy food to consumers.

The expedition was made possible thanks to generous funding by the Dutch Postcode Lottery.

Oceana has carried out this work in consultation with local authorities, scientists, and NGOs from each of the four countries, and in collaboration with the Dutch conservation organisation, the Anemoon Foundation, as a guest partner.