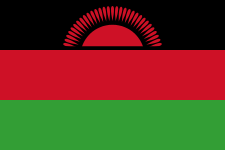 Almost 80,000 people in rural Malawi have improved access to electricity and a brighter future thanks to the Malawi Renewable Energy Acceleration Programme (MREAP) which has published its final results.

Led by the University of Strathclyde, with an investment of £2.3m, MREAP is the single biggest Scottish Government international development programme to date.

Malawi is one of the least electrified countries in sub-Saharan Africa, with only nine per cent of Malawi’s population having access to the country’s national grid. In rural areas this falls to less than one per cent.

In districts throughout Malawi, MREAP has improved the facilities available in schools, health clinics and households through access to sustainable energy.

Scotland’s world-leading expertise in renewable energy was recognised by UN Secretary-General Ban Ki-Moon in 2012, when he asked the Scottish Government to support his Sustainable Energy for All initiative, which puts energy access at the heart of international development.

Minister for Europe and International Development, Humza Yousaf said: “Across the developing world, a lack of access to cheap, reliable and clean energy is holding back progress. Nearly one in five people on this planet do not have access to stable modern electricity. In today’s world, this is unacceptable and a major barrier to introducing basic services in order alleviate poverty and reduce global inequality. This is something that the UN has recognised with its Sustainable Energy for All initiative, which we are proud to be a part of.

“MREAP has been tackling this problem head on by providing sustainable electricity to nearly 80,000 people. By working directly with communities to create their own solutions the programme has a strong foundation for the future and we are pleased to support further energy projects that will build on the work of MREAP. Learning from this flagship programme is publicly available to help inform the future of renewable energy in developing nations and to improve the quality of life for some of the world’s poorest people.

“The success of MREAP is a testament to the importance of the special relationship between Scotland and Malawi. A project of the scale of MREAP not only benefits people in Malawi – who now have access to life changing modern energy solutions – it also opens doors for invaluable business and education opportunities for Scotland in the future.”

In addition to bringing community owned energy systems to rural Malawi, MREAP has also encouraged new leadership in Malawi through a new two year postgraduate degree in renewable energy, an entrepreneurship fund and a detailed analysis of the potential for large scale wind energy in the country.

“Malawi now has a strong evidence base on which effective scaled-up programmes can be built, impacting the lives of many more families in rural Malawi through community-based solar PV or large commercial scale wind energy. And this gives evidence to the effective collaboration established between academics, government departments, NGOs, charities, and private consultancies from both Malawi and Scotland.”

“The great impact of the work of MREAP and their partners in Malawi demonstrates the continuing strength and relevance of the historical ties between our two nations.

“Today, after over 150 years of partnership, 94,000 Scots and 198,000 Malawians are still working together in solidarity to address contemporary challenges and looking towards the future.”

A series of 16 reports are now available on the University of Strathclyde web site. The Scottish Government and project partners are sharing the findings from MREAP to encourage future energy projects in developing nations.