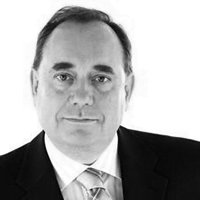 The Scottish National Party (SNP) has spoken out about some of the challenges Scotland will face if it becomes independent from the UK, including cutting its reliance on carbon.

Speaking at the launch of the party’s white paper, SNP leader and Scottish first minister Alex Salmond said, “With independence we could have the powers and responsibilities we need to seize opportunities, to build a wealthier and fairer nation but also to face our major challenges.”

Debt, inequality and low growth were highlighted as challenges. In order to overcome these, Salmond said Scotland “requires the ability and powers to mobilise and invest in our natural and human resources. We have huge hydrocarbon resources for the next half a century but we need to build renewable wealth which will last forever.”

The white paper aims to provide answers to questions that voters may have about Scotland’s independence. Several questions relate to Scotland’s production of oil and gas. The report stated that whilst Scotland needs a “mixed energy portfolio, including hydrocarbons”,  it has a target of delivering the equivalent of 100% electricity demand and 11% of non-electrical heat demand from renewables by 2020.

The report asserted that Scotland’s targets for decarbonisation would remain in place should the country become independent. The SNP argues that independence would give Scotland the “full range of power to develop renewable energy”.

The SNP has previously spoken out about the “important” role of clean energy. At the party’s conference last month, SNP energy minister Fergus Ewing praised the country’s renewable industry pointing out that it provided jobs, low energy prices and benefitted the community.

The Scottish government has also given a green light to the world’s largest tidal power project, capable of powering the equivalent of 42,000 homes. Meanwhile, research suggests that tidal power could contribute a large amount of the country’s electricity.

On September 18 2014, the Scottish people vote on whether or not they want independence from Westminster. Salmond said the white paper “puts beyond doubt that an independent Scotland would start from a position of strength”.