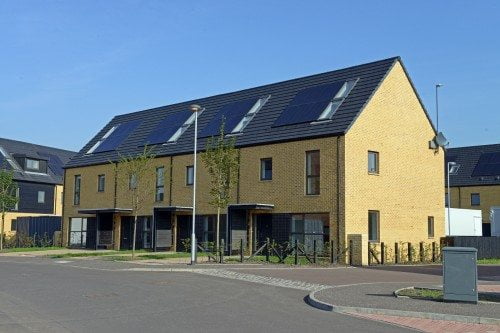 ‘Key asks’ document contains 20 ideas for how the Scottish Government can pave the way for a solar transformation in Scotland.

The Solar Trade Association (STA) Scotland, the Scottish arm of the solar industry trade body, has put forward a set of ‘key asks’ on solar to support the Scottish Government’s ambitious plans to meet 100% of electricity demand from renewables by 2020 and to feed into the new Energy Strategy for Scotland. Scotland is currently over half way to reaching this target and has over 7.5GW of renewables, of which over 5GW is onshore wind. Solar can make an important contribution to the rest of the 100% target and provide an essential balance to the mix of renewables in Scotland.

Despite the Department of Energy and Climate Change’s (DECC) recent reduction in support for solar, there remains strong support for the technology in Scotland, both politically and commercially. In September of last year, the Scottish Government used its devolved powers within the Renewables Obligation to boost investor confidence in large-scale solar in Scotland.

STA Scotland is proposing that the Scottish Government achieves its renewables targets by putting together a dedicated Solar Action Plan for Scotland and suggests targets for both solar PV and solar thermal for 2020. The action list also contains specific recommendations on business rates, social housing and community energy, and covers both solar PV electricity and solar thermal hot water heating.

STA Scotland launched in March 2015 and has assembled some of the leading solar businesses in Scotland, to work with the Scottish Government to ensure that Scotland remains at the forefront of the solar market, not only protecting the more than 3,000 solar industry jobs in Scotland, but supporting the growth of the industry, potentially tenfold, over the term of the next Scottish Parliament. Energy Minister Fergus Ewing MSP has already been working with STA Scotland and is supportive of the body’s work.

John Forster, Chairman of STA Scotland and of Scottish solar business Forster Energy, said “There are a number of simple, practical things the Scottish Government can do to boost solar north of the border, whether it is encouraging wind and solar to share grid capacity or changes to planning.”

“We are also keen that the Scottish Government look at options to establish its own financial support mechanisms for solar to bridge the gap between now and the early 2020s when we hope to see mainstream solar projects become subsidy-free.”

“We are optimistic that the next few years will be good for solar in Scotland. There is scope for Scotland to lead the way within the UK, encouraging markets for solar on residential homes, commercial rooftops, new build homes and buildings and solar farms.”