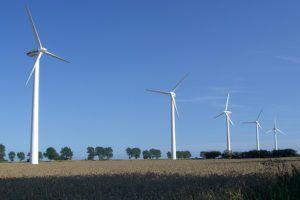 Wind farm developments have had no effect on the number of people employed in the tourism industry where they are located, the first independent study of its kind has found.

The research, published by BiGGAR Economics, studied 18 wind farm sites across Scotland, and looked at the number of people employed in tourism in the local area before and after they were developed.

It found some of the local authority areas with the greatest growth in tourism employment also saw the greatest rise in onshore wind installations. However there was no overall relationship between the two factors.

Between 2009 and 2013, the level of employment in tourism in Scotland increased by 10.8% during a time when the onshore wind sector in Scotland was growing rapidly.

In the majority of areas studied (66%) sustainable tourism employment performed better in areas surrounding wind farms than in the wider local authority area.

Graeme Blackett, Director of BiGGAR Economics and report author, said: “Both renewable energy and tourism have been identified by the Scottish Government as key growth sectors, and therefore it is important to identify if there are any detrimental effects to one from the development of the other.

“What this study shows is that there is no relationship between the growth in the onshore wind sector and growth in the tourism sector.

“While this is just one piece of research, it is the first that has looked systematically at the situation before and after wind farms have been developed, and it clearly demonstrates that renewable energy and tourism can co-exist in a modern Scotland.”

Analysis of the Business Register and Employment Survey, produced by the Office of National Statistics, indicates that overall in Scotland in 2013 there were 211,215 jobs in sustainable tourism.

Figures from the Department for Business, Innovation & Skills in the same year showed renewable energy supports 21,000 jobs in Scotland, 5,400 of which were in onshore wind.

Welcoming the research by BiGGAR Economics published today, WWF Scotland director Lang Banks said: “Hopefully this latest research will finally put to bed the myth that wind farms have a negative impact on tourism jobs.  In fact the reality is that in some cases wind farms have themselves become tourist attractions.

“Over the past decade, Scotland’s growth in renewables has created thousands of new jobs. And, to ensure we continue to reap the many benefits of a low carbon economy the Scottish Government’s forthcoming energy strategy should set a goal of securing half of all of our energy, across electricity, heat and transport, from renewables by 2030.”