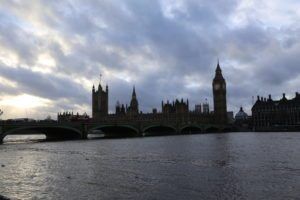 The creation of new departments and sectors are said to represent new openings for Britain.

“There are understandable concerns about the abolition of DECC and its merger into a new department, and I hope that energy won’t be an afterthought in BEIS,” he said.

“But in reality I think that there is a recognition across Government now that we have a massive opportunity with the low-carbon transition.

Renewable energy is a huge opportunity for the Government

“Energy storage and demand-side response are key to really unlocking their potential. We should stop seeing these as ‘green’ technologies, but simply as an industrial, economic and technological opportunity for UK Plc.”

James Heappey was speaking at an event in Westminster on the implications of Brexit for energy policy in the UK. Speaking at the same event, Professor Jim Watson, Director of the UK Energy Research Centre (UKERC), said that ‘time will tell’ whether energy and climate change policy becomes more firmly integrated with wider industrial strategy.

“The merger of the Department of Energy and Climate Change with the Department of Business has divided opinion. Some people see opportunities to integrate energy and climate policy more firmly with wider industrial strategy, while others are concerned over an apparent downgrading of climate change as a policy priority,” he said.

“Time will tell which view is correct, but three points are worth noting. Firstly, the merger does not mean that the clock is being turned back to the days when Government neither viewed energy as a priority, nor when energy and climate issues were split across different departments.

“Secondly, the low-carbon transition in the UK, as mandated by the Climate Change Act, is now well under way. Progress is being made, though there is an increasing gap between climate targets and policy action. And thirdly, the new ministerial team at BEIS have long-term knowledge and experience of why this transition is important.

“A significant uncertainty, however, is the nature of the UK’s future relationship with the European Union and other countries. But the UK has historically been a leader in both tackling climate change and in liberalising energy markets. As negotiations with the EU get underway, it will be important to maintain a strong focus on reducing emissions whilst identifying opportunities for UK-based firms to benefit from the energy transition”

Hugo Chandler, Director at New Resource Partners who formerly led work on grid integration of renewables at the International Energy Agency, said that the UK, along with other nations, was committed to developing a flexible, smart power grid.

“Before the referendum, the UK had made some good first moves towards the kind of flexible grid that can manage the 12GW of offshore wind in the pipeline. Whether in the EU or out, this direction of travel remains sound. Transition to a flexible grid is the logical thing to do, and with present technology it’s the only route to addressing the energy trilemma of clean, affordable, secure energy supply,” he said.

“Britain isn’t alone in this transition: most other major developed economies are pursuing smart power infrastructure such as interconnection, demand response, storage and flexible power plants. And it remains in our neighbours’ interests to collaborate in gas and power.

“Major players from the big utilities to Energy UK and the National Infrastructure Commission are all pointing in the same direction. The right thing to do for the new business department is to continue on its course, and indeed to entrench it firmly in our overall industrial strategy.”