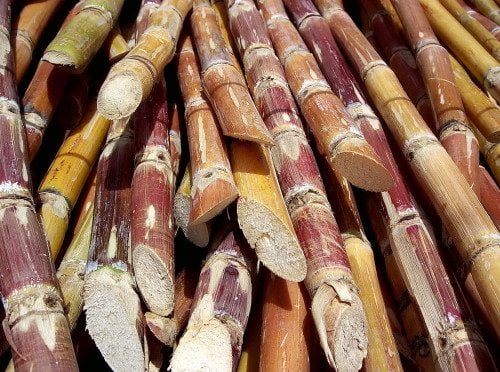 A sugarcane based polythene from the UK’s leading independent supplier of polythene products, has been certified by the Carbon Trust as having a carbon neutral product footprint.

The 94% Polyair™ bags supplied to HH Plastics have been certified by the Carbon Trust as having achieved carbon neutrality. Using sugar cane polymers and specialist extrusion techniques, Polythene UK is able to offer a pioneering product that saves on fossil fuel extraction and carbon emissions. After undergoing the rigorous testing processes of the Carbon Trust, Polythene UK is now able to display the official Carbon Trust Carbon Neutral Label on its bags.

James Woollard, Managing Director of Polythene UK said: “The accreditation from the Carbon Trust is a significant step for us. We’ve long been confident in the carbon saving credentials of Polyair™, but with official Carbon Trust accreditation, we’re now able to evidence that and display the appropriate accreditation on our product.”

The 94% indicates the amount of sugarcane put into the recipe, with the remaining 6% composed of 1% pink masterbatch to provide a pink tint to the bags, and 5% of a special anti-static additive, which is present in order to allow the bags to house electrical components. Not only are the 94% Polyair™ bags carbon neutral, the sugarcane used in the production of Polyair™ is waste product, meaning sugarcane isn’t produced specifically for the purpose, negating environmental concerns over water and land demands during its growth.

Braskem, the largest petrochemical company in Latin America, with headquarters in Sao Paolo, Brazil, is the sugarcane supplier for Polyair™. Polythene UK believes that with the right Government backing, the sugar cane polymer produced by Braskem can become the market leader in the UK, helping to reinforce the UK’s green credentials and contribute towards carbon emissions reduction targets.

Having recently met with the Brazilian embassy in London, Polythene UK is set to join a roundtable event hosted at the embassy in April 2016, which will see representatives from a variety of firms and industry bodies form the bio-based ethylene working group. This group, that includes Polythene UK, Polystar Plastics, Duo Plastics, Group Barbier, Braskem, Polydist, the Carbon Trust, DECC, the Co-Op and Marks & Spencer, as well as representatives from the Brazilian government, will get together to discuss the concept of sugarcane based ethylene and establish a plan of action to promote its use as a green alternative to oil-based ethylene.

James Woollard said: “The implications of sugarcane ethylene are massive. Here at Polythene UK we’re leading the way when it comes to bio-based secondary packaging. Currently, the gap in the secondary market for bio-based materials is vast. With the appropriate backing, we could see sugarcane based ethylene take off, hence the formation of the bio-based ethylene working group.”

James concluded: “The goal of the roundtable will see the bio-ethylene working group looking to establish sugarcane ethylene as the go to solution for plastics in packaging. The Carbon Trust accreditation serves to burnish Polythene UK’s credentials as a genuinely carbon neutral polythene solution and one that could significantly contribute to the UK’s carbon emissions reduction target.”

For more information on Polythene UK, to find out information about the roundtable event or to arrange to discuss the concept of Polyair™ with James Woollard directly, please get in touch with Lloyd Hughes or David Barrett at Pic PR (The Polythene UK Press Office) on 01386 882474 or email lloyd@picpr.co.uk ordavid@picpr.co.uk.