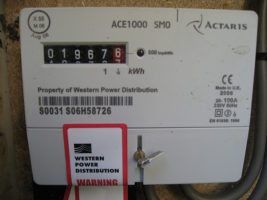 Echo Managed Services have reported that consumers in the UK are standing up to poor performing utility suppliers by withholding payment. Recently published research says 48% of respondents has defaulted on or purposely withheld payment in response to billing problems or poor customer service.

The survey of 1,500 households, by Echo Managed Services, revealed a number of reasons for debt outside of consumers simply not having the financial means to pay. Almost 1 in 3 people hadn’t paid because the bill was incorrect or higher than expected; 14% because the bill was difficult to understand or there was a mix-up with it; and 6% because they’d received poor service. Just 28% of people said that late or non-payment was as a result of not having the means to pay.

The research also revealed that higher income households are less tolerant of poor service, with 1 in 10 of those earning more than £40,000 per annum having withheld payment for this reason in the past, compared to just 1% of those earning less than £10,000.

Echo understands the importance of collecting outstanding payments and is now urging service providers to improve their billing processes and customer service standards, in order to mitigate some of the reasons behind avoidable debt and to avoid losing valuable customers in a market full of competition and choice.

“There are many reasons why people might not pay a bill and although a lack of income would be the obvious reason, our research clearly indicates that these days debt cannot be attributed solely to financial circumstances.

Consumers are now much more aware of their rights and have the freedom to exercise them.

“That’s why it’s so important to understand customers and their reasons for missing payments so that the debt can be mitigated before it becomes an issue, or be resolved as quickly as possible. Making sure bills are clear and accurate, regular pre-bill customer engagement, and early intervention such as payment reminders are essential. In addition, a range of internal and external data sources can provide a strong indicator of customer behaviour and propensity to pay. But data alone does not provide the answer and should be used to support personable and empathetic customer service to ensure customers receive a positive experience” she added.

The report also revealed that although most customers do feel guilty about missed payments (59%), a surprising 3% think that regular debt is acceptable and 4% think it’s acceptable if they have more pressing needs, such as paying for an annual holiday. Over 1 in 4 think it’s acceptable to get into debt in extreme circumstances, while 6% think it isn’t an issue to be late with payments and that it causes no harm.

The full list of rankings and report can be found here.