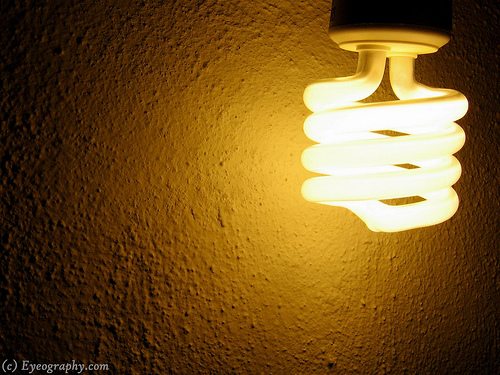 They are the offspring of a decade or more of neglect in the energy policy arena at the national level, becoming the focus for hopes and aspirations of millions of hard-pressed consumers, businesses and organisations across the country.

And there are a rapidly growing number of groups who are helping to rewrite the script for the triplets, from the Guardian’s Big Energy Debate to the Big Deal on Energy.

We’ve seen these two launched in the past three weeks, joining other new energy and carbon emissions evangelists, whose aims we support wholeheartedly. Any pressure that yields even temporary relief on the pocket and the planet is welcome.

These fresh evangelists include:

We share the broad aims of these groups, seeking a sea change in government energy and climate strategy that addresses the triple challenge of saving energy, cutting utility bills and reducing carbon emissions.

We’ve pushed hard through our blog and media work for radical action that helps households, businesses and organisations in the UK, both in the short-term and sustainably in the next 50 years.

As the Guardian’s environment correspondent Fiona Harvey writes in the Big Energy Debate, “It is strange to remember now that only a few years ago energy was scarcely mentioned in UK politics, and in business was a subject strictly for the nerds. Energy was seen as rather dull, as fears over our ability to ‘keep the lights on’ had long ago receded.

“Little wonder that energy – how we make it, where we get it and how much we pay for it – is now one of the country’s hottest political and social issues.”

Fiona echoes our view that one of most effective ways to resolve the “trilemma” of power production, power sources and costs is energy efficiency. We’ve consistently argued that substantial reductions in energy (and water) consumption are the way to cut bills and cut carbon while taking the pressure off the National Grid.

But we’ve seen how ineffective government promotion is in this vital sphere. The green deal just is not delivering for many reasons, including structure, complexity and limited scope. Ed Davey, the energy secretary, advises that the scheme is a slow burner with results being framed within a 20-year period.

Long-term vision is fine but we need more immediate and decisive action to cut consumption, cut bills and cut carbon. From our viewpoint, the expected budget announcement on the freezing of the carbon tax is hardly an energy bill gamechanger.

But the government is struggling with a fiendishly tricky balance act. See how Britain’s biggest independent gas power generators, InterGen, Vitol and Macquarie, have warned the chancellor that freezing the carbon tax would put intolerable strain on them, potentially forcing closure of large gas plants with the threat of blackouts as power capacity shrinks – a case of “damned if you do, dimmed if you don’t”.

The economics of power generation are only now being addressed and while we wait for a number of many-sized miracles, the only real solution is to help people cut energy and water consumption – substantially, sustainably and soon (as in right now!).

We’ve said many times that the era of being green as a ‘nice thing’ is over. There are increasingly intense economic and environmental drivers propelling desire to act in the home, in business and in organisations of all shapes and sizes.

In the business sphere, we’ve just seen that TripAdvisor is expanding its GreenLeaders programme into Europe, which underlines the importance of energy and carbon efficient hotels.

The programme, which was previously only offered in the US, awards qualifying hotels and B&Bs with TripAdvisor GreenLeaders status based on the green practices the property is operating. Properties are tiered with Bronze, Silver, Gold or Platinum awards. Each award is shown prominently on the property’s listing on TripAdvisor.

According to Green Hotelier,  a recent TripBarometer traveller survey by TripAdvisor showed that 81% of travellers place importance on properties implementing eco-friendly practices, and 85% of UK hoteliers indicate that they have green practices in place.

That’s heartening news, reflecting our experience in the UK hospitality sector, working with a number of hotel groups as well as independent bed and breakfasts.

And with World Water Day being celebrated on Saturday, it’s worth reiterating that a big part of the energy puzzle is fluid. Our water use has huge impact on energy consumption nationally, and every drop saved helps to cut management and distribution costs, as well as reduced bills in the home and at work.

Charlie Farr is chairman of SaveMoneyCutCarbon.