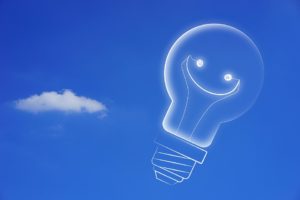 The second Scottish Renewable Young Professionals Green Energy Awards were held last night and nine winners were honoured with a prestigious award. On the night the Innovator Award went to David Hogg from Bright Green Hydrogen in Fife. His vision will turn Fife into a world-leading energy hub by using renewable energy to power one of the largest fleets of hydrogen vehicles in Europe.

David, who’s helping fuel the world’s first hydrogen dual-fuel bin lorry, was one of nine young professionals who won an award. Other winners include: Inverness plumber Lachlan McInnes, who started his own green energy business after being made redundant from a previous role; University of Edinburgh wave energy researcher Adrian de Andres, who’s worked with the Foreign and Commonwealth Office and chairs the International Network of Offshore Renewable Energy; Glasgow ecologist John Allsopp, who’s worked on more than 50 green energy projects; and Environmental Manager Rosie Scurr, who’s worked on two offshore wind projects and also chairs the Forth and Tay Commercial Fisheries Working Group.
Jenny Hogan, Director of Policy at Scottish Renewables, the industry body which organises the awards, said: “The professionalism, imagination and determination showed by all our winners really does deserve praise. The finalists are among the brightest up-and-coming stars in the renewables industry today, and all showed a very special spark.

“Major projects and achievements often grab headlines, but creating energy is a collaborative business. I’m proud to work in renewables, and with talent like this coming through the ranks I’ve great hopes for the future of the industry in Scotland.”

Susie Lind, Head of Legal and Company Secretary at headline sponsor EDF Energy Renewables, said: “We’re proud to support Scottish Renewables Young Professionals Green Energy Awards for their second year, and are delighted to see that the calibre of finalists was as high as ever in 2016.

“Skills are hugely important in a young industry like renewable energy, and these awards celebrate that. I’d like to extend my personal congratulations to all the winners, and wish them well for the future.”