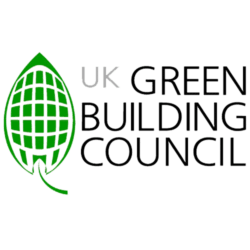 The House of Lords forced a debate over the Government proposal to scrap the Zero Carbon Homes after it was removed without warning. However, according to the UK Green Building Council, the Government had their way in the end, beating the Lords yesterday by just four votes.

Last summer, the Government scrapped the Zero Carbon Homes policy without notice or without discussion in Parliament. But the Housing and Planning Bill, which is expected to receive Royal Ascent tomorrow, provided a unique opportunity to bring the issue back to life. An amendment put forward by Baroness Parminter received strong support from the Lords, with the Government suffering two defeats in the Lords before eventually defeating the amendment in the Upper House yesterday.

In place of the zero carbon amendment, the Government introduced a weak clause into the Bill committing to a review of the energy efficiency standard for new homes in building regulations. The review clause contained no timescales or specific criteria for the review.

Julie Hirigoyen, CEO of the UK Green Building Council, said: “Let’s be absolutely clear. The amendment was never going to get us to zero carbon, but it would at least have ensured our new homes meet a minimum carbon compliance standard which has already been met by at least 70,000 new homes.

“Devoid of any such legislation, the Government’s legislative landscape is in danger of locking in carbon emissions for future generations. New homes will need expensive retrofit measures in future if we’re to meet our ambitious reduction targets.

“I take comfort from the level of support we’ve seen over the past weeks, as the Lords came close to forcing the Government’s hand.  At the UK Green Building Council, we will continue to push for higher standards during the Government’s upcoming review of building regulations.

“We will also work to provide those showing leadership – including devolved administrations and the new Mayor of London – a strong business case for driving down carbon.”