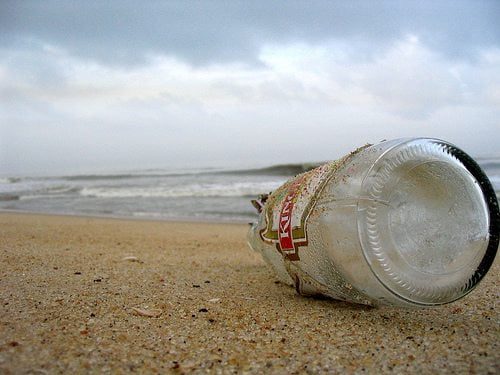 The Marine Conservation Society (MCS) has called on volunteers to join forces and clean-up litter from British beaches in September.

The MCS said it is hoping to recruit 10,000 volunteers to clean-up a record number of locations during the Great British Beach Clean, between September 19 and 22, in order to “reconnect with our coastline”.

MCS’s Beachwatch officer, Lauren Eyles, said, “We want to break the record for the greatest number of beaches cleaned in one event.

“We’re aiming to clean at least 400 beaches for our ‘Great British Beach Clean’ this September, and do a litter survey on all of them.

“Beach litter is a serious environmental problem, but the solution is in our hands. The first step is the register as a volunteer. We want the ‘Great British Beach Clean’ weekend to offer a snapshot of what the future could look like for the British seaside if we turned the tide on litter.”

The organisation revealed in March that the previous year’s clean-up registered a new record amount of rubbish on British coasts – with 2,309 items of litter every kilometre – the highest in 20 years.

Beach litter can be really harmful to both humans and harmful- wildlife?. Plastic and abandoned fishing equipment are particularly harmful to marine wildlife, which can swallow hooks or other items and die.

However, British beaches have also been praised for their water quality. The MCS assessed various locations in Britain and found that only a small percentage – 2% – failed on water quality, with around 73% being recommended or highly recommended.