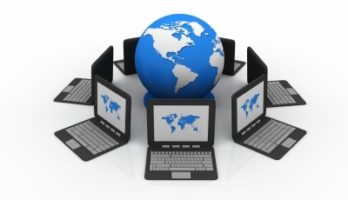 5 Ways Technology Is Leading Us to a Greener Tomorrow

The world is heating up, and issues with emissions continue to rage on. But more of the world’s residents are working on ways to slow both processes.

It’s not uncommon for companies and even individuals to leave a massive carbon footprint, but technology is helping to alter that. Cities all over the world are beginning to shift toward smart-city technology.

It’s being applied in ways that affect everyone, such as changes in transit measures and cleaner building construction. Individuals are also changing their habits via smart-home technology and interconnectivity in order to reduce waste on a small scale.

From the perspective of environmental protection, technology can provide many major improvements. Here are some of the most profound ways in which tech is assisting us to a greener future.

1. Reduction in Paper Use

Digitization has eliminated the use of paper in substantial ways. Businesses are changing to more digital advertisements and documentation, football teams are using digital playbooks instead of binders full of paper, recycling is being promoted on every corner, and individuals are communicating online more than in journals and letters. Trees have been saved and paper consumption has been reduced dramatically since the dawn of the digital age.

Information and other resources can be consolidated onto a single gadget. This enables the average person to carry just one device that has many different purposes as opposed to a variety of devices, papers, and resources … and that reduces your consumption.

One of the things this generation will be remembered for is the mentality of reuse, resell, and recycle. People are very interested in any form of technology that enables them to save a little on their utilities bills and reduce their impact on the environment. With smartphone technology, it’s possible to find more economical methods of doing pretty much anything, from finding public transportation to locating the nearest recycling facility. This orientation reflects the expansion of environmental consciousness.

This generation all but invented the concept of the “sharing economy.” This is the phrase that describes the way millennials seek to share services to achieve a more affordable, eco-friendly economy.

Uber and Airbnb are two of the best examples of this economy. These two apps make it possible for people to save money and avoid waste by sharing specific services rather than purchasing their own individually.

Technology makes this kind of connection possible, and thereby significantly reduces the amount of emissions sent into the atmosphere.

Britain, Australia, Asia, and the U.S. are all racing to be the first countries to implement a fully-integrated smart city. The idea behind these developments is that cities will collect constant data in order to produce the most efficient transit, businesses, and other services within city limits without wasting precious resources.

Most cities already have at least a few elements of this smart-city technology in operation, but major metro regions such as London and San Francisco are seeking to install more equipment across the grid in order to reach toward total sustainability.

Thanks to technology, our nation’s environment has become cleaner than it’s been in a long time. The focus on sustainability has made a huge impact on the overall carbon footprint, an impact that will continue to expand as time goes passes and technology develops further toward the sustainable society we desire.