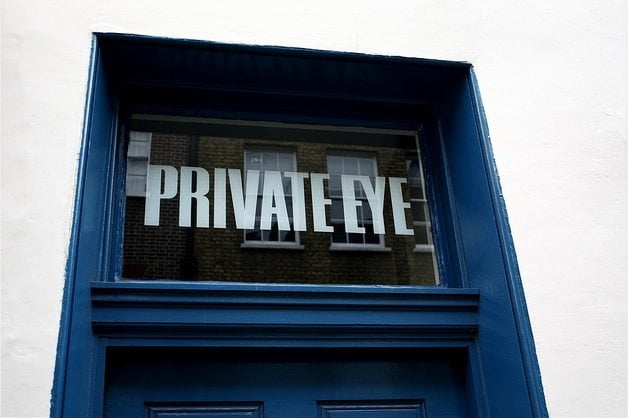 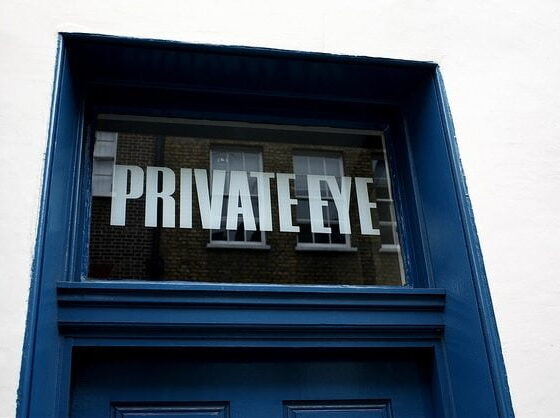 Private Eye magazine is 52 today. Anyone who is a regular reader (4.4% of our readership say they are) could not help but be a bit cynical about the state of British public life. Anyone reading the section of the Eye which covers the sector they work in knows it to be spot on more often than not, so one can safely assume its coverage of other sectors is pretty accurate, too.

It’s all in the Eye… what you will very rarely read in the press; from the revolving door between corporations and politicians or civil servants, to the cosy relationship between corporate lobbyists and ministers.

Those with vested interests such as the media, tax accountants, private health firms, the construction lobby, big banks, big retailers and the utilities (ad nauseam) draft policy and legislation while lunching and schmoozing ministers and politicians. Ordinary citizens and groups do not get this level of access or engagement.

There is no problem with industries promoting their commercial interests but it must be done transparently and with equal access given to those who lack the resources and connections but will be affected by policy and legislation. The current gagging bill that is heading to the House of Lords is a measure designed to suppress the freedom of those with the least resources to lobby and the most to lose.

The rank hypocrisy, misinformation and manufactured hysteria of the press is well-documented in a regular Private Eye feature, Street of Shame. Another, HP Sauce, gives a running commentary on the similar weaknesses and failings of our politicians, whereas Rotten Boroughs gives a depressing insight into the inadequacy of those in our town halls.

Being a national or local politician is too often a thankless task and certainly not easy. Most do a tremendous job for their constituents, but not being open about who you are speaking and voting for is corrupt, especially if you are set to gain personally. Using public office to enrich yourself corrupts the system for everyone. “Trebles all round!” as the Eye would say.

The register of members’ interests which records these relationships is deliberately impenetrable, unless you have plenty of spare time. What should be a dynamic online database is a series of massive documents.

The Eye also exposes the frequently anti-democratic and unaccountable instincts of the EU, parliament, local government and the regulators who are supposed to protect us. What is so clearly forgotten by those we elect is that they are in office, not in power, and are paid to serve and represent us, not the narrow interests of a political party, corporations, unions or thinktanks.

Every freedom we enjoy has been wrested from tight grip of those who rule, yet we are sleepwalking into a surveillance, increasingly privatised state.

Manifesto pledges made at elections increasingly represent outright lies: not top down reform of the NHS or not voting for an increased in tuition fees being the two most egregious examples. The NHS might need reform and economically we might not be able to afford to put 50% of young people through university, but these issues should be discussed openly and the electorate allowed to vote on what is proposed.

Treating the electorate simply as election fodder every five years and then tearing up manifesto commitments once in government is actually quite dangerous in an increasingly connected age. Relying on apathy is a high stake game, which governments and corporations can ill afford to play. Civil unrest and consumer vigilantism are much easier to organise in the digital era. Our economy depends entirely on peace and the rule of law, yet the riots of 2011 demonstrate just how fragile that peace is.

You can regularly read about rewards for failure for a small group of quango chairs, regulators and politicians. It seems that if you fail in a public role or are beaten in an election you are guaranteed a gong, a well-paid seat on another public body or worse, a seat in the upper chamber of parliament. You failed or lost, now leave the stage, or seek another mandate from the people.

Two of the most exceptional things the Eye does is its use of freedom of information requests and in-depth reports, which regularly expose the worst transgressions of individuals and organisations. This level of investigative journalism is seen too rarely in the national press, with the odd notable exception.

In the coming weeks, we are going to be exploring how we can secure a more sustainable democracy, one that balances the needs of society, the economy and the environment upon which everything depends. Hopefully we will not end up like our cousins of the other side of the Atlantic. We’ll certainly be thumbing our back copies of the Eye for insights and inspiration.

Vote for Policies founder Matt Chocqueel-Mangan has made the excellent point that in technology if a system isn’t working you fix the system not the blame the users.

As citizens, voters, consumers and investors, our democratic system is dysfunctional and needs radical root and branch reform. A more accountable, leaner, more decentralised and more responsible state would help reverse our declining place in the world and ignite other countries’ democratic impulse. This is not about ideology or idealism, but a pragmatic and necessary debate in a modern nation state.

If you want to really know what is going on in Britain today, a subscription to Private Eye is a pretty good place to start and infinitely superior to the regular works of fiction that constitute the majority of our national press.