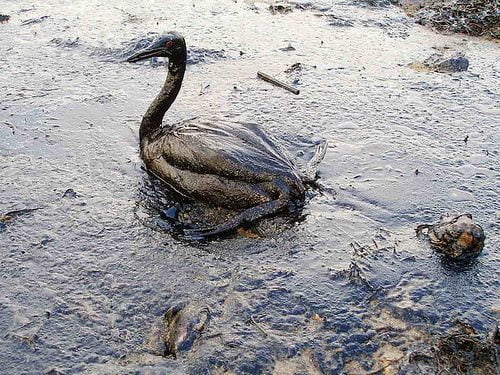 Academics at the University of Aberdeen have urged the EU to assess the long-term impacts of oil spills and influence legislation outside the union as drilling operations expand.

A new report from the academics found that whilst there has been a decline in the number of gas and oil accidents in recent years, the full impacts of such accidents remain unknown.

After an incident occurs, there is an inquiry and it is very much in the public eye. However, the long-term effects, such as the impact on ecosystems and marine life, are often not investigated.

Dr David Green from Aberdeen’s Institute for Coastal Science and Management said, “We know a lot about the short-term – estimates of fish numbers affected etc – but we know relatively little about the duration and effects of oil in the system, how far does it spread? How long does it persist? How toxic is the oil? And does the system clean itself over time?

“Most research often focuses only on the event at the time and then interest fades without the funds to carry on further studies.”

He added that there were many gaps in scientific knowledge around where the oil ends up and how long it affects different fish species. This potentially means oil could remain in the ecosystem, and as a result the food chain, longer than we think. Oil spills also go beyond environmental fallout and can have direct and sustained impact on local fisheries, tourism and economies.

The 2010 Deepwater Horizon oil spill, which saw some 5m barrels of oil spill into the Gulf of Mexico, highlights the risks and effects of the industry. Oil giant BP, which owned the platform that exploded, lost out in its bid to limit compensation payouts last month.

Three years after the incident, local residents said, “BP’s oil still invades our shores and many of our people’s health continue to be gravely affect by the toxic effects of BP’s oil and dispersant mix. Our fishermen are reporting historic and devastatingly low catches.”

Drilling operations are set to expand into the Mediterranean, the Black Sea, and the Baltic and the report urges the EU to liaise more closely with those involved to ensure stringent health and safety rules are implements.

Green added, “It is crucial that the EU looks to influence the legislation of non-EU countries in these areas regarding how they prevent accidents from happening, but also what action is taken when something does happen, as well as tackling responsibility and compensation.”