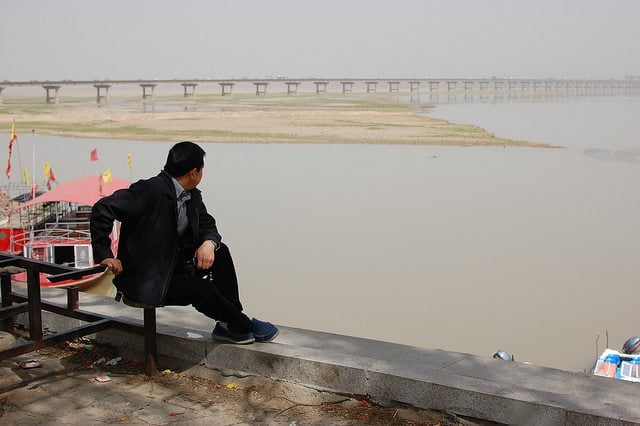 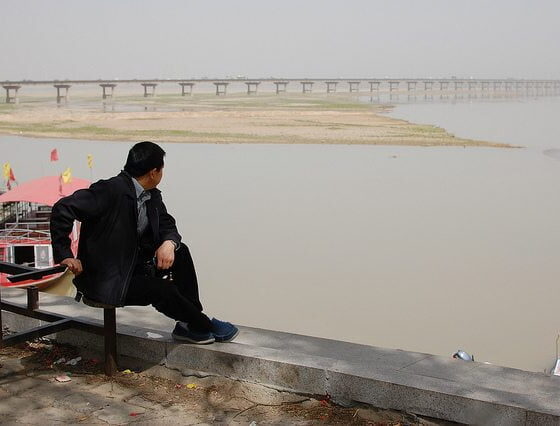 A combination of human-caused environmental degradation and efforts to control the great Yellow river in China, made almost 3,000 years ago, may be responsible for flooding that killed millions and led to the fall of an empire, according to new research.

In what could be considered a grim lesson from history of the importance of responsible land use, archeologists in China have found evidence that societies changed their environments much earlier than previously believed.

“Human intervention in the Chinese environment is relatively massive, remarkably early and nowhere more keenly witnessed than in attempts to harness the Yellow river”, said Tristram Kidder, lead author of the new study published in the journal Archaeological and Anthropological Sciences.

Chinese society has a complicated relationship with the Yellow river, the second longest river in Asia. It is known as both “the cradle of Chinese civilisation” – because ancient societies formed in its basin – and “China’s sorrow”.

The Yellow river is responsible for the two deadliest natural disasters on record – a flood that killed between 900,000 and 2 million people in 1887, and another that is thought to have killed between 1-4 million in 1931.

Around AD 14-17, the Yellow river is also thought to have caused a devastating flood that triggered open rebellion, leading to the collapse of the Western Han Dynasty. This has earned the river another name – “the Scourge of the Sons of Han”.

Now, Kidder and his colleagues believe they have proof that the ancient Chinese began building drainage and irrigation canals and bank and levee systems along Yellow river around 2,700-2,900 years ago, and that this changed its character.

They suggest these defences were needed because more intensive agriculture was causing increasing erosion upstream. As the walls were built higher, the more dangerous the previously stable Yellow river became.

“The Yellow river has been an engineered river – entirely unnatural – for quite a long time.

When the levees broke, the river not only flooded but also often changed course, putting millions more at risk. Before the floods of AD 14-17, it is thought 9.5 million people lived in the rivers path.

“The misery and suffering must have been unimaginable”, Kidder said.

He added that while his research has great implications for Chinese history, it should also be considered a lesson to us all.

“To think that we can avoid similar catastrophe today due to better technology is a dangerous notion”, he said.

“Unlike ancient China, where human mistakes devastated a single river valley, we now have the technology to make mistakes that can cause devastation on a truly global scale.”