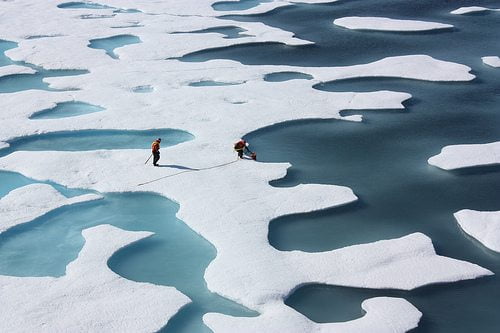 A recent study has suggested that ice cover in the Arctic could disappear completely within around 40 years, due to rising temperatures in the region.

The study, led by Jiping Liu of Albany State University in New York, used two approaches to define when the Arctic could become ice-free. Researchers defined this as when ice covered less than 390,000 square miles of the region.

In one approach, the team collected nine climate models on Arctic sea ice loss, while in the other, they used statistics to see the relationship between present and future conditions of the Arctic ice coverage.

“These two techniques give us similar ice-free timing. That is, under a high-emissions scenario, they reach the ice-free state in 2054 to 2058”, Liu told NBC.

“It is the best estimation we can get based on current state climate model projections. The current day climate models are not perfect. The ice-free summer could be earlier.”

Mark Serreze, director of the National Snow and Ice Data Centre suggested last year that we might see an ice-free Arctic as soon as 2030.

“I still think you are conservative here, because what we’re seeing here is that he sea ice cover continues to surprise us”, Serreze said, commenting on Liu’s study.

Recent figures by the National Oceanic and Atmospheric Administration (NOAA ) revealed that in 2012, the Arctic region experienced ‘unprecedented’ warming, with the ice extent reaching a record low of  1.32m square miles in September. This was 18% lower than the previous record low extent registered in 2007.