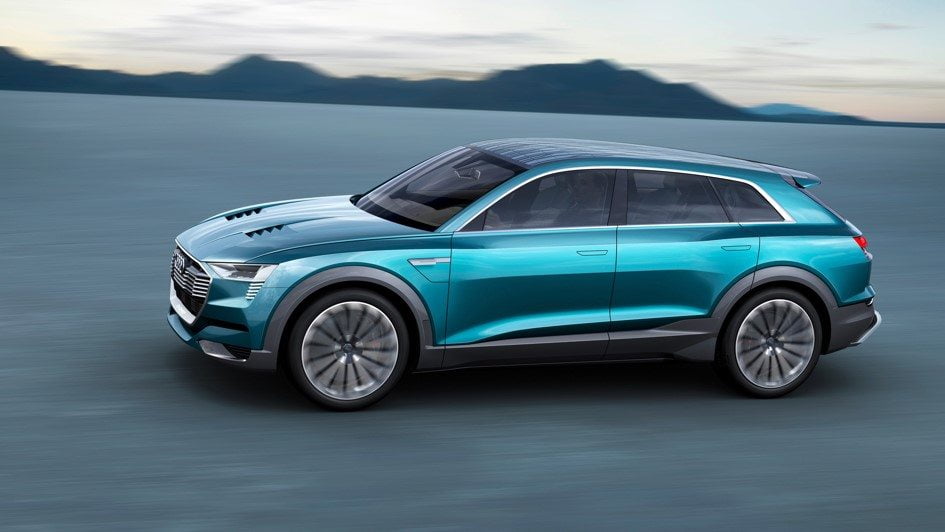 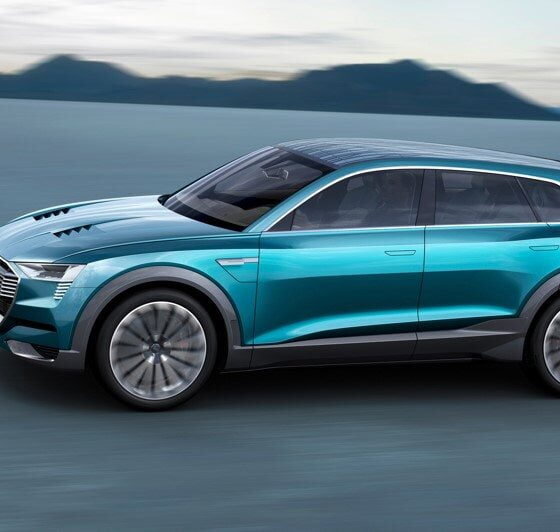 Audi Positions Itself to be a Major Electric Player

Automobile manufacturing has become a playground for pushing the boundaries of technology. Mechanical engineering, electrical engineering and computer engineering are blended together with beautiful design to create cars that far surpass new models from just a decade ago. Relative to the electric vehicle market, no other manufacturer is investing in new technology as heavily as Audi.

The German automaker has recently released information on their plans moving into the next year and beyond. Audi is known today for producing highly reliable, affordable luxury vehicles that can keep running strong long past the 100,000 mile mark. This is a big draw for many car buyers, and has created a whole new industry for aftermarket and replacement parts.

More car owners are now shopping online for new Audi parts at eEuroparts.com, a leading OEM and genuine parts supplier, because they realize with routine maintenance Audi vehicles are designed to keep running reliably, and for many obvious reasons shopping online has become more convenient.

Nevertheless, Audi wants to build on its reliable reputation with cars that are even more cutting edge. The automaker seems poised to step out from behind the shadows of the other luxury car manufacturers and start leading the way in crossovers and electric vehicles.

The obsession with oversized SUVs appears to be giving way for more compact, yet still spacious, crossovers. Audi already has the Q3 crossover, and now they are working on bringing the Audi Q2 to market. This crossover will have the same futuristic, angular stylings of the Q3 but will be smaller and based on the 2016 Audi A3’s MQB (Modular Transverse Matrix) platform. The Q2 will be on the smaller end of SUV crossovers – more like the Nissan Juke than a full-fledged SUV. The Q2 will also be available in a variety of four-cylinder engines with both gasoline and diesel-fueled options.

The biggest difference in Audi’s new crossover will likely be the in the automotive company’s legendary Quattro drivetrain system, which remains to be foreseen if a turbocharged performance-focused “SQ2” model will be available. It is speculated that the potential SQ2 model will borrow its engine from Volkswagen’s 2015 Golf GTI. The beauty of Audi’s Quattro system is that the mechanical four-wheel drive operates on a key part, hydraulic multiple clutch, which evenly distributes the flow of power between the front and rear axles. In turn, less stress on all four wheels means less wear and tear on parts like disc brake pads and axle bearings.

Right now the vehicle is still in the concept phase and won’t be officially unveiled until the 2016 Geneva Motor Show, although the first testing session occurred in September. But the renderings and information already released gives drivers a glimpse of where Audi plans to take their crossover vehicles in the coming years. There is also talk of a Q4 being produced to help Audi corner a larger segment of the crossover market.

Audi Goes All in on All Electric Cars

Audi is continuing its focus on crossovers with an all electric model that can go three times further on a single charge than most electric vehicles on the road today. Driver demand for greener electric vehicles is ever increasing, and Audi is paying attention.

Audi’s new electric crossover known as the eTron quattro (pictured) is said to go 300 miles without having to be recharged. This is a true testament to how far battery technology has come, and signifies that they can overcome the issue of long distance driving. The longer range is possible thanks to 95 kWh LG prismatic battery cells. Audi is also working with Samsung to create more powerful batteries at a cost effective price. The eTron quattro will actually have three electric motors: one in the front and two in the back for improved handling. It’s a lesson that was learned from engineering the R8 eTron sports car.

Many people are comparing the new all electric crossover from Audi to the much more expensive Tesla Model X. Although it’s smaller, the Audi crossover is larger than the original designs and sports a coupe-like silhouette. A U.S. product management team was brought on board, and at their suggestion Audi increased the size to appeal to more drivers within the American market. The result is a vehicle that handles like a car but offers the cabin and cargo space of a small SUV.

The cabin of the new all electric crossover will be far different than the concept model that was showcased at the Frankfurt Auto Show this year. The control panel won’t be quite as high tech, and instead will have knobs and buttons in place of some touch screen components. There will also be three seats in the back rather than just two. At 16 feet long and 6.3 feet wide it will be roomy but not as spacious as the Q7 crossover.

Unfortunately, drivers in the U.S. will have to wait until 2018 to get behind the wheel of Audi’s new electric crossover. But drivers can get a feel for Audi’s latest technology and hybrid engineering by test driving the A3 eTron, which is set to arrive at U.S. dealerships this fall.