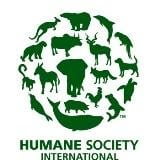 The shooting of badgers as part of the government’s badger cull has began in Gloucestershire, with local Wounded Badger Patrol campaigners confirming night time shooting and cage-trapped badgers reportedly seen. Two badgers were found over the weekend by the WBP, one with a gunshot injury who sadly died soon after discovery, and a second dead badger whose ears had been cut off.

Humane Society International/UK has consistently supported Gloucestershire’s Wounded Badger Patrol over the past two years of badger culling, and will continue to help fund these vital local volunteers in this third year who search the cull zone for injured badgers in need of help. In Gloucestershire the shooters have a target of killing between 265 and 679 badgers this year, and many will end up wounded and die a horrible and painful death. Volunteers are urgently needed, and anyone interested is urged to contact Gloucestershire Against Badger Shooting at info@glosagainstbadgershooting.org

Claire Bass, Executive Director of Humane Society International/UK said: “It’s devastating news that the killing of badgers started in Glos last night. For a 3rd yr running these supposedly protected animals will be subjected to a cruel and pointless death, scapegoats of the government’s failed cattle TB policy. HSI/UK is proud to be supporting the local Wounded Badger Patrol on the ground and will continue to campaign to end this inhumane and unscientific massacre.”