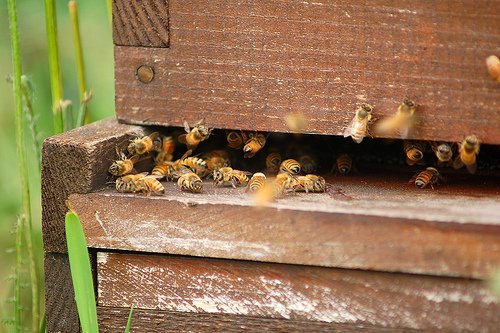 The European Food Standards Agency (EFSA) has picked out a number of dangerous risks to bees posed by a trio of common insecticides.

Clothianidin, imidacloprid and thiamethoxam are all neonicotinoid insecticides that the EFSA says “[affect] the central nervous system of insects, causing paralysis and death”. It is claimed that even supposed sub-lethal doses of each stream can provide significant negative health effects for bees.

“Given the importance of bees in the ecosystem and the food chain and given the multiple services they provide to humans, their protection is essential”, the EFSA statement said.

The risks identified by scientists have been welcomed by environmental group Friends of the Earth, who urge the UK government to follow the lead of France, Germany and Italy by banning or shelving some neonicotinoids

“The clear link between neonicotinoid pesticides and declining bee health must sting the government into action – we can’t afford to dither when it comes to protecting these key pollinators”, said executive director Andy Atkins.

“Ministers must urgently remove these dangerous chemicals from sale, overhaul inadequate pesticide safety tests and ensure farmers have access to safe, effective alternatives to enable them to produce food without harming our bees.

“Tens of thousands of people are backing our call for a National Bee Action Plan – it’s time the government listened.”

The House of Commons environmental audit committee recently tabled evidence that came to similar conclusions as the EFSA research, saying that there was indeed a harmful correlation between the use of certain insecticides and declining bee numbers.