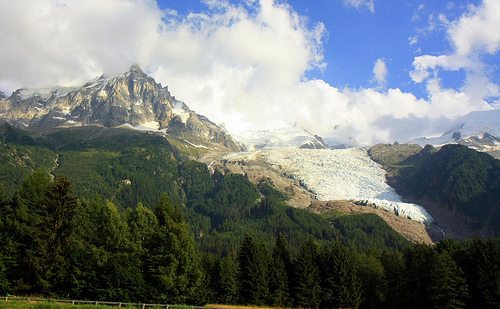 Industrial black carbon has caused the melting of European glaciers and led to the end of the so-called Little Ice Age around 150 years ago, a new study has suggested.

The Little Ice Age was a cooling period that occurred approximately between 1350 and 1850. At its end, glaciers on the Alps began to retreat, although the temperature and snowfalls remained the same.

Scientists partly attributed the phenomenon to solar and volcanic activity, as well as natural changes in climate patterns. However, they said that glaciers should have continued to grow until at least 1910, but instead they shrank.

A study published in the Proceedings of the National Academy of Sciences has suggested that black carbon might be responsible for the melting glaciers.

Black carbon is a component of soot and forms from the incomplete combustion of fossil fuels, biofuels and biomass. When deposited in ice and snow, it can compromise the ability to reflect sunlight, leading to higher temperatures on the surface and therefore quicker melting.

It was found to be partly responsible for the melting of glaciers in the Arctic and Himalayas.

“Radiative forcing by increasing deposition of industrial black carbon to snow may represent the driver of the abrupt glacier retreats in the Alps that began in the mid-19th century”, the study said.

“Ice cores indicate that black carbon concentrations increased abruptly in the mid-19th century and largely continued to increase into the 20th century, consistent with known increases in black carbon emissions from the industrialisation of Western Europe.”

Black carbon is not only a contributor to global warming, but also a harmful pollutant to human health. The study suggests that humanity’s contribution to global warming dates further back than the rise of carbon dioxide emissions alone.