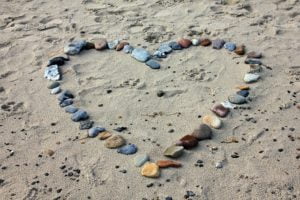 The European Environment Agency have released their annual report on Europe’s beaches. The report analyses the quality of more than 21,000 coastlines and inland bathing sites across the EU, Switzerland and Albania. It specifically focuses on whether the beaches have been contaminated by faecal pollution, sewage or livestock.

Keith Taylor, MEP for the South East, has welcomed the report which he says proves the EU’s vital role in cleaning up Britain’s beaches.

The “European Bathing Water Quality in 2015” investigates the value of the European Union’s Bathing Water Directive, which was first issued forty years ago.

Proving both the value of the legislation and continued investment in wastewater infrastructure and other pollution reduction measures, the research shows water quality has continuously improved across the EU, and in Britain.

The report finds ninety-six per cent of monitored bathing sites in Europe met the minimum EU standards for water quality in 2015. For cleanliness, however, British beaches ranked just 26th out of the 30 nations assessed.

“It’s difficult to overstate just how instrumental EU legislation has been in driving up the quality and safety of British beaches. UK beaches were once so polluted Britain was known as the ‘dirty man of Europe’.

“Thanks to EU legislation, nearly ninety per cent of British beaches are now rated good or excellent.

“However, nearly five per cent of our beaches are still rated as poor. The government clearly needs to do more to reduce pollution and protect the safety of British bathers. Remaining in the EU is the best way to ensure that happens.

“Although little has been done to plan for a UK outside the EU, the government is dropping heavy hints about what will happen to our environmental rules should we quit. The Chancellor believes the EU nature laws place ‘ridiculous costs’ on British firms, the Government is vigorously stripping away support for clean energy and renewable technology, and, most worryingly, Ministers are trying their best to water down environmental standards.”

Just days before the report’s release, Walpole Bay in Kent was rated as poor by the EU. Swimmers have been warned against taking a dip in the bay and the beach will need to clean up its act before it is declared safe by the EU.

To celebrate the EU’s work to clean up British beaches, Environmentalists for Europe are hosting a series of beach parties across the UK this bank holiday weekend.