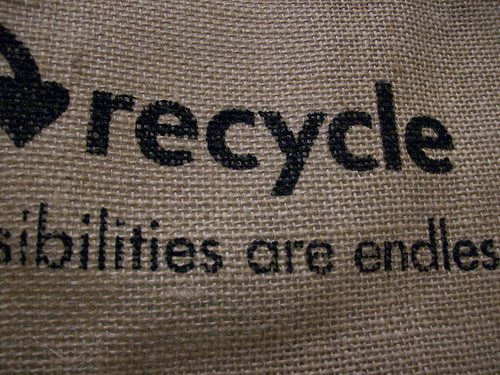 A poll has revealed that more than half of the British public admit they are guilty of throwing away items that they thought could have been reused or repaired.

The Populus survey has led to the Local Government Association (LGA) calling on the public to think about finding new homes for their unwanted items and to consider the alternatives of letting products go to landfill.

Councillor Mike Jones, chair of the LGA’s environment and housing board, said, “We live in a throwaway society and many of us have been guilty of discarding something perfectly useable because it is unwanted, but by making it easier to repair and recondition products we can avoid sending many hundreds of thousands of tonnes of unnecessary waste to landfill each year.”

The LGA’s call to action comes ahead of the Reuse Commission publishing research that looks at the wide range of options people have when it comes to reusing unwanted items. The report is expected to be released early this year.

Currently only around 1% of the items that make up household waste are reused but there is huge potential to increase this. According to the LGA, around a quarter of electrical items that are thrown away would be reusable either straightaway or with limited repairs.

The organisation added that now is the perfect time to consider how our waste and recycling habits have an impact. Unwanted Christmas gifts or old items that are being replaced with new models can be reused or recycled to have a positive affect on the environment.

Jones added, “Many of us have received Christmas presents which we may not want to keep, or which will replace items which can still be used. In either case, rather than throwing them away, we are encouraging people to reuse them, whether that means giving them to someone else who would like them, finding a new home for them via a website or taking them to a specialist recycling facility.”

An infographic released ahead of Christmas revealed how much goes to waste over the festive period. Over the last two weeks in the UK alone, an estimated 1 billion Christmas cards have been thrown away along with 250 tonnes of Christmas trees and 13,350 tonnes of glass.