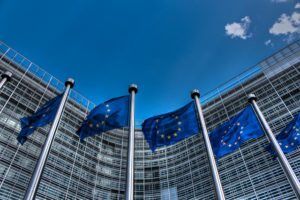 Compromise amendments concerning new legislation for the EU Emissions Trading Scheme (ETS) were put forward today by members of the European Parliament’s industry committee (ITRE). The draft compromise will be subject to the committee’s vote on 13 October.

According to Climate Action Network (CAN) Europe the suggested amendments would allow to make some limited progress, but mostly they would kick the can down the road to the environment committee to make the ETS truly fit for purpose.

In an effort to scale up emission cuts under the ETS, ITRE MEPs proposed to reduce the number of pollution permits after 2020 through cancellation of a portion of allowances from the Market Stability Reserve and potentially from Member States who would be given an option to cancel allowances if they close power stations through national policies. They have also proposed partial restrictions for granting financial support to coal power stations under the Article 10c and from the Modernisation Fund.

At the same time, the lawmakers put off confronting the failure of the ETS to drive adequate emission cuts. The proposed amendments would leave the main task to strengthen the ambition of the ETS to the environment committee. ITRE MEPs refrained from proposing to set a more ambitious starting point for the carbon budget or accelerate the rate at which emissions permits will be removed from the market between 2020 and 2030, via the so called Linear Reduction Factor.

By failing to propose significant changes to the level of ambition, though, industry committee members kick the can down the road to the environment committee.

“The small step towards tackling the surplus of pollution permits that have plagued the EU carbon market for many years would be a good starting point for further discussions in the environment committee.

By failing to propose significant changes to the level of ambition, though, industry committee members kick the can down the road to the environment committee. Policymakers urgently need to overhaul the system in order to align the carbon market with the Paris Agreement and keep the 1.5oC Paris goal within reach.”