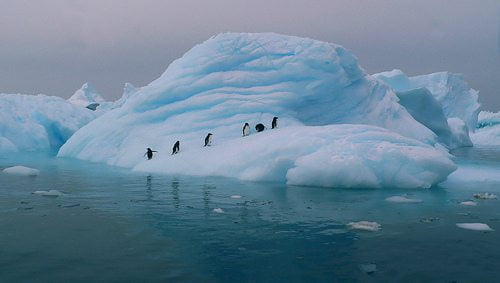 Talks to create two protected marine reserves in the Antarctic have failed, as Russia, Ukraine and China refused to commit to the plans.

Delegates from 24 countries and the European Union had gathered in Hobart, Australia, in a meeting of the Commission for the Conservation of Antarctic Marine Living Resources (CCAMLR) last week to discuss how to protect the region from fishing and oil drilling.

The US and New Zealand had proposed to set up a 1.3m sq km ‘safe’ area in the region, where drilling and fishing would be banned. A second proposal, tabled by Australia, France and the EU, also suggested a 1.6m sq km marine sanctuary in East Antarctica.

These reserves could only be sanctioned with a unanimous consensus of the CCAMLR’s 25 delegates, and Russia, Ukraine, and China did not offer their support.

Andrea Kavanagh, director of the Pew Charitable Trusts’ Southern Ocean sanctuaries project, said this was a “dark day not just for the Antarctic, but for the world’s oceans“.

“The stubborn self-interest of a few should not be allowed to deny the will of the majority of countries around the world”, she added.

“I think conservation-minded countries need to take a stand and tell Russia this is unacceptable. There’s no reason why fishing nations such as Australia can put up protected zones only for other fishing nations to block them.”

Antarctic waters make up about 10% of the world’s seas and are home to almost 10,000 species. Many of these species are vulnerable or endangered, such as the blue whale. The proposed reserves would have been the largest ocean reserves in the world – but even so, some supporters had argued the plans were not extensive enough.

The delegates had previously met in Germany in July to discuss the proposals, but Russia, with support from Ukraine, had questioned the legal authority of the committee to establish the reserves.

Responding to the most recent breakdown in talks, Farah Obaidullah, Greenpeace International oceans campaigner, warned that the spirit of the CCAMLR was eroding, calling the Antarctic “the last intact ocean ecosystem remaining on Earth.

“This year’s failure denigrates the reputation of CCAMLR and is symptomatic of a dangerous global trend where corporate and political interests override any genuine efforts to protect the oceans for the sake of future generations,” she said.

However, director of the Australian Antarctic Division Tony Flemming said that he was optimistic that a consensus will be reached in 2014. The commission will meet again in Hobart next October.