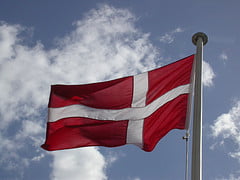 We at Blue & Green Tomorrow love Denmark. The humble Scandinavian country continually impresses us with its cutting-edge innovation and admirable targets in the renewable energy sector. The announcement of a new energy plan further cements its place in our hearts.

The Danish Government’s new plan outlines its commitment to renewables and cutting carbon emissions, something it will achieve through 24 carefully thought out measures.

We at Blue & Green Tomorrow love Denmark. The humble Scandinavian country continually impresses us with its cutting-edge innovation and admirable targets in the renewable energy sector. The announcement of a new energy plan further cements its place in our hearts.

The Danish Government’s new plan outlines its commitment to renewables and cutting carbon emissions, something it will achieve through 24 carefully thought out measures.

Republished by Danish magazine Politiken, the objectives include: a 35% renewables contribution by 2020, half of which will be provided by wind turbines; a 34% reduction of carbon dioxide from 1990 levels by 2020; and a gross energy consumption decrease of 12% from 2006 levels by 2020.

The renewables contribution targets in particular, will form the basis of the country’s longer term green aims – specifically, to become 100% renewably sourced by 2050.

“It is the broadest, the greenest, and the most long-term energy agreement that has ever been reached in Denmark”, said Martin Lidegaard, minister for climate, energy and building.

“Therefore, this is a historic day for Danish energy policy.

“In our everyday political work, the parties are different shades of red and blue. However, today – together – we have laid down the foundation for a green future.”

Eight of the nine main political parties in the country agreed to the terms and objectives, including the first and second parties – Venstre and Social Democrats.

The party left out in the cold, deciding not to sign the energy agreement, was the Liberal Alliance. In a press release, Villum Christensen, MP for environment and energy, said by introducing the measures, the Government had “decided to turn up their already high taxes on energy and make it even more expensive to be a Dane.”

He added, “It is totally unfair and so stupid. When the Danes are forced to save, it goes beyond the willingness to buy and ultimately growth.”

The flexible stance of the Liberal Alliance means that the Danish Government – the Folketing – is likely to take the opposition with a pinch of salt.

For a country that was recently named as the leading innovator in cleantech, Denmark’s energy agreement sets another marvellous example to other countries on the planet, proving that renewable energy can form the backbone of a nation’s economy, and shouldn’t be regarded simply as an obligatory side-project.

Whilst Denmark performed very well on both the number of people employed in renewable energy and turnover from the sector, it wasn’t top dog in either. We won’t spoil the surprise for you, so head over to that article when it’s online to find out which country led each individual section.

If you’ve been inspired by Denmark’s continued championing of renewables, you can power your own home or business with clean energy. Contact Good Energy, the UK’s only 100% renewable electricity supplier, to find out how.

Danes step their game up in global renewable energy race