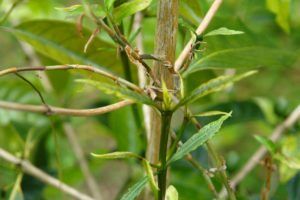 Different conclusions were reached last year by the WHO’s IARC and EFSA regarding the safety of glyphosate. Given that EFSA’s review of glyphosate relies almost entirely on industry funded, unpublished studies, to reach any other conclusion from the WHO would be unthinkable.

The reason that other eminent international scientists advising the WHO have already come to different conclusions is, as the EFSA themselves admit, purely because the other scientists are considering a much wider range of evidence than just industry studies, and they are looking at the impacts of glyphosate as it is actually used. Although glyphosate is always used in combination with a range of other often toxic chemicals, and although researchers have found that glyphosate mixes as sold to farmers and gardeners can be 1000 times more toxic than glyphosate acting on its own, EFSA insists on looking at the impact of glyphosate alone. It is blindingly obvious that the WHO approach is right from the perspective of public safety, and that the EFSA approach simply serves the interests of the pesticide companies.

The arguments about glyphosate have shone a harsh light on the secrecy surrounding pesticide regulation, from the three top-secret studies by pesticide companies, which the regulators have used to claim it is safe (but which they refuse to the public), to the scientists who insist their identities must remain secret as they take decisions on pesticides that affect the lives of millions of people.

The EFSA’s decision were as follows:

November 2015 – 96 prominent scientists from 25 countries to voice strong opposition to the EFSA report.