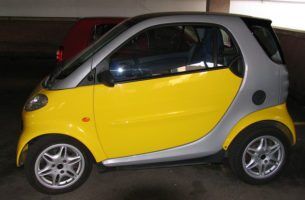 Diesel Cars or People’s Lives: The Choice May Faces

Together with the Institute for Public Policy Research (IPPR), Greenpeace today released Lethal and Illegal, new research based on air pollution modelling from King’s College, that demonstrates how clean air will be a reality but only if diesel vehicles are phased out altogether.

The paper will be presented today at City Hall at an event attended by Deputy Mayor for Transport, Val Shawcross, and representatives from the Royal College of Physicians and businesses.

New modelling based on transport emissions and air pollution data undertaken by King’s College as part of this project reveals that, even if London were to return to the lowest recorded level of diesel car ownership in the UK (around 10% of the car fleet in 1995), it would still not reach compliance with World Health Organisation guidelines and UK law by 2025.

To really get to grips with invisible pollutants (such as NO2 and PM2.5) the UK government would need to progressively reform Vehicle Excise Duty (VED) to disincentive diesel vehicles. Also, a scrappage scheme should be put in place for older diesel cars across the UK or in areas of non-compliance with air pollution laws.

“Protecting Londoners from our toxic filthy air is an issue of life and death. In our city nearly 10,000 Londoners die every year from exposure to pollution – which is simply unacceptable.

Rather than turn a blind eye to this growing health crisis it is high time ministers faced up to their responsibilities.

“This important report is published whilst I’m conducting a major public consultation on my plans to crack down on the most polluting vehicles and to bring in hard-hitting new measures to improve our cities air. Nearly 11,000 Londoners have taken part so far but I need even more views and ideas to help me make a dramatic difference to the scandalous toxic pollution in our city.”

“The writing’s on the wall for diesel. We need vital leadership from the Government in phasing out diesel cars over the coming years, to reduce the number of early deaths owing to poor air quality. Air pollution is now a public health emergency and children are on the front line. Sadiq Khan is stepping up to the challenge, but London can’t stand alone in this fight. We need urgent action from Theresa May and her new team to help clean up the car industry who’ve got away with polluting our streets for too long and help people make the switch.”

Alan Andrews, lawyer for ClientEarth, who are taking the government to court over air pollution, said:

“This report should send a clear message to the UK government that an ambitious and bold Clean Air Act is needed for the whole country. It should phase out diesel across the country and accelerate the shift to zero emission transport. This would help our cities clean up their air and achieve legal limits as soon as possible. The new government must now step up and deal with this public health crisis so that the whole country can breathe cleaner air.”

“The growing lungs of children are especially vulnerable to the adverse effects of air pollution. We must therefore act now in order to protect the current generation of children and not just hope that technology will reduce pollution levels in 10 years’ time. Local measures that reduce the exposure of population are of utmost priority. The challenge is to ensure that these local initiatives really do reduce personal exposure”.

Harry Quilter-Pinner, researcher at IPPR and co-author of the report, said:

“London’s air is both lethal and illegal. This is a public health crisis and it should be ignored no longer. As such, we welcome the new Mayor’s ongoing consultation on measures to address pollution in the capital. He should be ambitious going forward – only bold action will make the capital’s air safe to breathe again.”

A survey conducted by Greenpeace had revealed that 62% of Londoners would support the introduction of the wider, more comprehensive Clean Air Zone. The nfpSynergy poll also demonstrate 60% of car owners support the Clean Air Zone proposal.