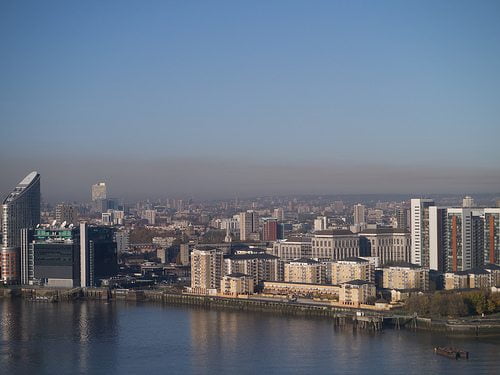 New figures have revealed that four streets in east London are among the worst for air quality, while the city as a whole boasts higher levels of nitrogen dioxide (NO2) than any other European capital.

Some of the poorest areas in the east also have the worst air quality and the highest emissions due to the large number of cars that pass through its streets.

According to the Guardian, emissions data by Transport for London showed that the Walthamstow area has a high concentration of four of the five most hazardous pollutants for human health, such as benzene, nitrogen oxides (NOx), PM10s and PM2.5s carbon.

Piccadilly and Oxford Street also ranked among the worst 15 streets, because of the high number of vehicles circulating there.

Meanwhile, the Environment Agency reports that NO2 in the capital is more prominent in London than in any other European capitals.

He added, “The mayor’s story on air pollution keeps getting confused by the facts. Concentrations of air pollutants, the true measure of success or failure, show London is failing miserably to address the biggest public health risk after smoking.”

However, the Guardian reported that the mayor of London’s office said efforts are being made to improve air quality, with tough regulations that led to a fall in emissions.

In Singapore, air pollution levels have reached extremely dangerous level because of fires in Indonesia used to clear land. The smoke has also affected parts of Malaysia.