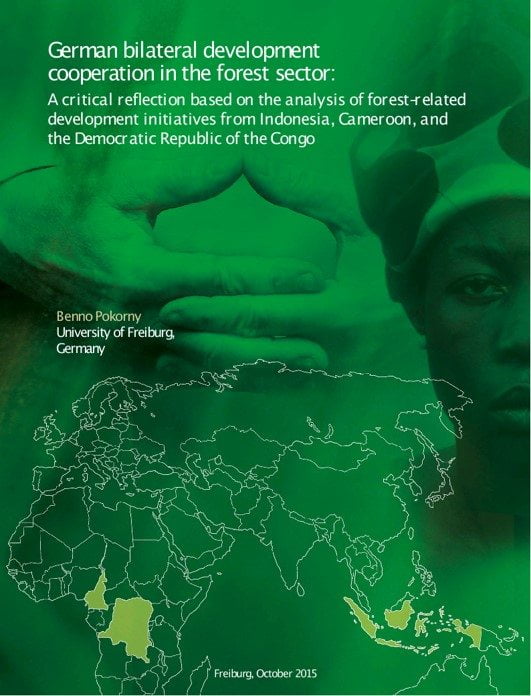 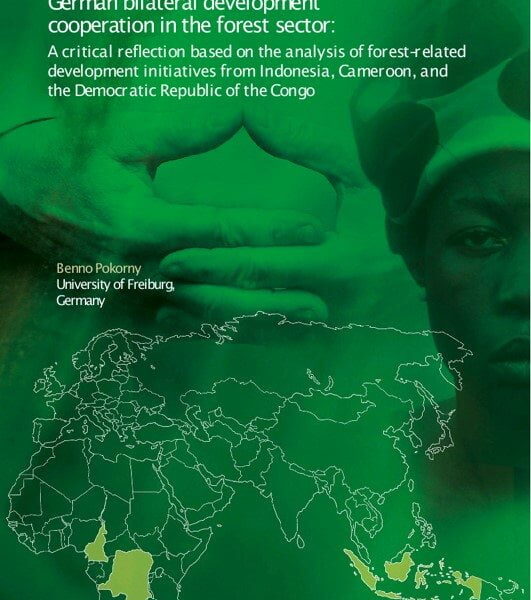 More action is needed, if communities in poor forested countries are to fully benefit from German bilateral aid targeted at forest conservation and protection, a new study finds.

The study assessed this impact by looking at the examples of the Democratic Republic of Congo (DRC), Cameroon and Indonesia. It concludes that although progress has been made in some areas, many local forest communities remained outside of the process designed to protect their livelihoods and land.

“Bilateral forest cooperation can make a difference in the attempt to achieve more sustainable development in the rural tropics and should be substantially intensified,” said Professor Benno Pokorny, the author of the report.

“However, high deforestation rates and massive social conflicts involving concessions and protected areas indicate the need to critically reflect on existing mindsets, approaches and expectations. A shift in focus is needed from the promotion of large-scale management schemes and related actors to the governance of natural resources at the local level.”

The report noted a lack of public transparency and cooperation from some development organizations, including GIZ and Kfw as well as in partner countries, which made it very difficult to analyse and evaluate the actual impact of individual projects.

Germany is one of the largest key donor countries in the process to combat global deforestation and exerts significant influences over key processes such as REDD+. But at present it still has to reach its own target of contributing 0.7% of national GDP to overseas aid.

German aid money has a disproportionately significant impact on millions of hectares of forests, depended upon by millions of people, in the poorer countries it is destined for. Since 2002 Germany has committed some €436 million forest-related funds through 89 bilateral programs, and nearly €160 million via regional programs to the three case study countries in the report.

In all three countries local communities increasingly have little say in what is done with their forested lands. Deforestation and forest degradation continues through the expansion of large agri-business development projects and large scale investments in infrastructure that result in unstable local livelihoods. Therefore the study recommends that German forest cooperation should have a more prominent role in German foreign policies to address all drivers of deforestation and forest degradation.

“Germany and other major donor countries will need to play a key role in future efforts for tropical countries to reach ambitious goals to end deforestation and to shift to community based and sustainable forest management schemes,” said Jannes Stoppel, Forest Campaigner, Greenpeace Germany.

“But these efforts will all be in vain if corruption in the forestry sectors of tropical countries is not stopped, if local communities remain outside of the forest protection process and if a lack of transparency persists in the operations of overseas development bodies.”

Under current climate change negotiations Germany is committed to contribute 4 billion annually to the UNFCCC’s Green Climate Fund. If the estimated 100 billion per annum will be gathered to mitigate and adapt to climate change, including for forest protection and restoration, the lessons learned from this study should be considered in future development cooperation in the forest sector.