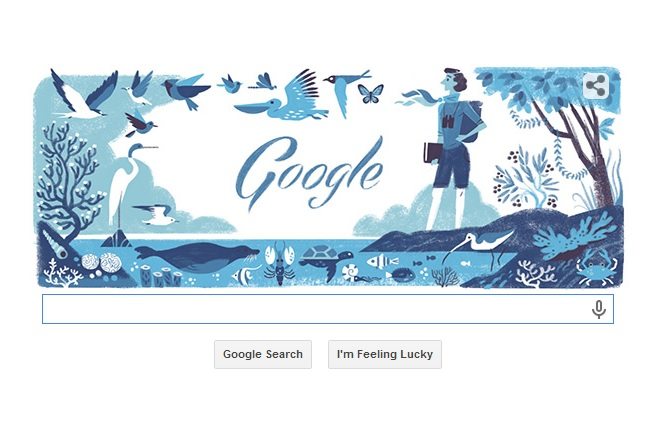 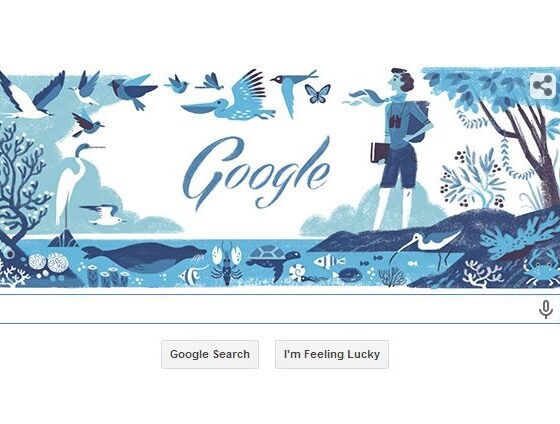 Tuesday’s Google doodle commemorates the birth of Rachel Carson, the prominent biologist whose 1962 book Silent Spring, which revealed the deadly effects of pesticides, is a seminal text for the environmental movement.

Google shows an image of Carson with a book and a pair of binoculars, surrounded by nature and a range of animals.

Born on May 27 in 1907, she said she started to write about chemicals because she was becoming increasingly worried about their effects. The title of the book – Silent Spring – refers to the lack of birdsongs in parts of the countryside, where the use of pesticides for agriculture was widespread.

Her book spoke about the effects of synthetic pesticides on the environment, wildlife and human health. It was also influential in the eventual banning of DDT, a widespread insecticide used to fight malaria and other pests, which had been linked to cancer and, more recently, Alzheimer’s.

Carson made the important point that chemicals that go into plants do not simply disappear; instead, they enter the food chain and can harm humans as well as other animals.

Her work was widely criticised by chemical corporations such as Monsanto and American Cyanamid, which questioned her knowledge on the matter. However, Silent Spring became a bestseller and in the end helped bring about the DDT ban.

However, Carson, who suffered from breast cancer for a number of years, did not live long enough to see the ban for herself. She died in 1964 after a heart attack.