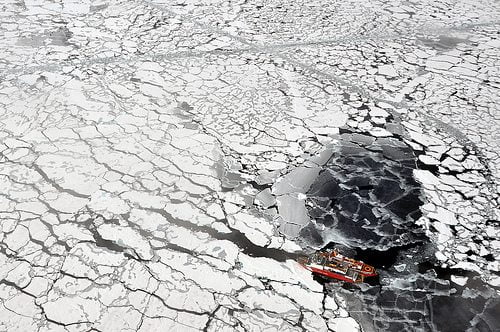 The UK government has announced plans to make the UK “a global centre of expertise” in opening up the Arctic to exploitation by oil and gas companies. The move has been described as “bizarre” and “cavalier” by critics.

The government document, published on Thursday by the Foreign Office, argued that the UK must show leadership in safeguarding the Arctic environment, but will also support “responsible commercial activity” by British companies in the region.

Science and universities minister David Willetts stressed that any exploitation of the Arctic must be environmentally aware, adding that the changes the region is going through are of “global significance.”

The document also commits the government to “working towards an Arctic that is safe and secure; well governed in conjunction with indigenous peoples and in line with international law; where policies are developed on the basis of sound science with full regard to the environment; and where only responsible development takes place.”

“In terms of the global impact on the climate, there is literally no way you can be on a trajectory that moves you away from carbon and drill for oil in the Arctic. They are incompatible”, he said.

“Given the fact that the UK actually has a binding target to decarbonise its electricity sector, to try and stay to 2C of warming, it seems really bizarre that the government is now saying that we want to be a centre of expertise for something that is almost guaranteed to push us over the edge.

“It’s bizarre, frankly, and cavalier if you consider how well-documented the risks of trying to exploit oil and gas in the Arctic are.”

The government announcement comes as 28 Greenpeace activists and two journalists, including six Britons, are being held in Russian prisons on charges of piracy after protesting against Russia’s intention to drill for oil in the Arctic.

Russian security forces arrested the ‘Arctic 30’ aboard the campaign group’s ship Arctic Sunrise. Their detention followed a protest at the Gazprom Arctic oil platform Prirazlomnaya in international waters, after two of the activists attempted to board the rig.

Kronick said that given this context, it was a “very strange time” for the government to announce such a policy.

“You would think that this is a time for the government to call for a halt to drilling in the Arctic, not to endorse it,” he added.

The Prirazlomnaya rig will be the first commercial offshore drilling project in the Arctic. It is due to become operational in early 2014.