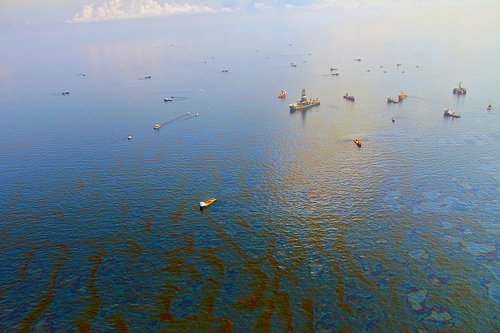 Three Gulf Coast residents travelled to the UK last week to reveal the continued devastating effects of the 2010 Deepwater Horizon oil spill to BP’s board and shareholders.

The Gulf Coast Fund (GCF), which represents the region’s most vulnerable and affected communities, claims that BP has not visited the most affected areas, which still suffer from the 2010 oil spill, because it is “afraid of seeing” the impact.

The organisation said that many communities are still experiencing health and economic problems.

The residents decided to address the BP board and shareholders, hoping to bring about concrete action to alleviate the disaster’s effects, which the GCF claims are putting human health at risk, affecting the fishing industry and destroying the ecosystem.

Cherri Foytlin, also from South Louisiana, whose husband is an oil worker, said she is worried about BP’s negligence and its responsibility over previous disasters.

She said, “What worries me most is that BP just doesn’t ‘get it.’ They are operating under a delusion that goes way beyond the Gulf, past Texas City, the Caspian Sea Blowout, and Prudhoe Bay.

“As the wife of an oil worker and a Gulf Coast resident, I know first-hand that human blood is too often the price paid for such indifference and extreme extraction.

“BP must honestly address, with eyes wide open, its continuing failures concerning process safety issues. They must accept that safety is about corporate ‘culture’ and not an ad campaign.”

In November, BP was forced to shell out just 2% of its annual profits in criminal fines because of the Deepwater Horizon blowout, and could also face hefty civil fines.