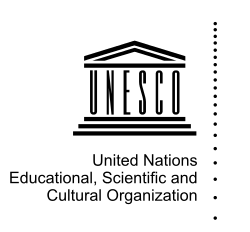 A new report has shown that World Heritage sites are under significant risk from climate change. “World Heritage and Tourism in a Changing Climate” states melting glaciers, rising seas and worsening droughts as just three disasters that could impact on the world’s most preserved sites. The news could irrevocably change features of the sites that make them so appealing to tourists today.

“Climate change is affecting World Heritage sites across the globe,” said Adam Markham, lead author of the report and deputy director of the Climate and Energy Program at UCS. “Some Easter Island statues are at risk of being lost to the sea because of coastal erosion. Many of the world’s most important coral reefs, including in the islands of New Caledonia in the western Pacific, have suffered unprecedented coral bleaching linked to climate change this year. Climate change could eventually cause some World Heritage sites to lose their status.”

Because World Heritage sites must have “Outstanding Universal Value,” the report recommends that the World Heritage Committee consider the risk of prospective sites becoming degraded by climate change before they add them to the list.

As the effects of climate change play out, the tourism industry and economies of some countries home to World Heritage sites may be particularly hard hit, according to the report. Tourism, one of the world’s largest and fastest growing economic sectors, generates 9 percent of the world’s gross domestic product and provides one in every 11 jobs globally. Developing countries such as Nepal, home to Sagarmatha National Park and Mount Everest, and Uganda, where the mountain gorillas’ habitat in Bwindi Impenetrable National Park may be at risk, are especially reliant on tourism revenue.

The report pointed out that tourism itself poses a threat to many World Heritage sites, especially fragile places like the Galapagos Islands, and when climate change is added to the mix it becomes a threat multiplier.