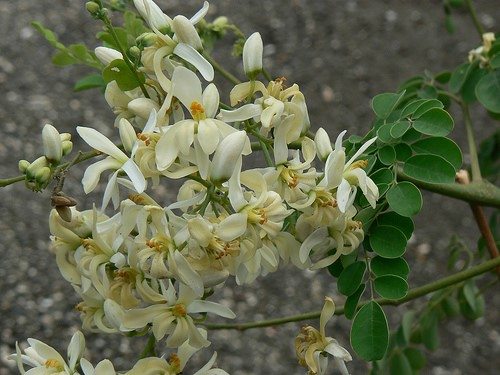 It may seem like there is always some exotic sounding plant or other being touted for its supposed health benefits. Sometimes, when the claims are genuine and can be proven, these plant extracts become a common part of our typical health or beauty regimes – for example it is now fairly standard to see aloe vera in skin products or treatments, or argan oil in products for the hair. Other times, the plants are overhyped and are nothing more than a passing diet or beauty fad.

At the moment, there is a huge amount of interest in a tree known as moringa oleifera, which grows in a large number of places in Asia, the Middle East and Africa. While it has been used in places where it is indigenous as a medicinal plant for a long time, it was widely thought of in the West as purely folk medicine, until studies began to show the very real health benefits it could offer.

It seems that apart from the roots, which it is thought may be in some instances toxic, the entire plant can be used as a food source for people or animals. This is already good news, because moringa is a resilient plant that is easy to grow, even in countries where other crops can be very difficult. By growing moringa, people in some of the world’s poorest areas are able to add a significant improvement to their nutrition by eating the leaves, and are also able to use the trees as feed for livestock.

However, in addition to being extremely nutritious, with a very high vitamin and amino acid content, moringa also contains significant antioxidant, astringent and anti-inflammatory components, which have led to it being known in some circles as ‘a pharmacy in a tree’.

As its benefits become more widely known about in the West, people who are interested in supplements that can promote wellbeing, ensured balanced nutrition and vitamin intake, and also have impressive energy boosting powers are flocking to things like moringa powder and moringa tea, and incorporating them into their lifestyles. Studies go on into the potential moringa has as a health food, with one study by John Hopkins University already suggesting that the plant may have cancer prevention benefits.

As the demand for moringa ingredients grows significantly all over the world, those who are able to farm large moringa crops in third world or developing countries are able to trade their crops and develop their local economies. As long as people seek out fair trade moringa, by adopting it as a supplement to their diets they are able to not only glean some health benefits for themselves, but also help in the development of communities in less fortunate places.

Some people report almost immediate increases in energy and wellbeing upon starting to use moringa, and given that it is good for the world, too, it will hopefully be one of those natural health products that is more than just a passing trend.

Editor’s note: this is paid content. It is worth noting that the Food and Agriculture Organisation of the United Nations has featured M. oleifera as the Traditional Crop of the Month in September 2014 to recognise the value of the plant.  [http://www.fao.org/traditional-crops/moringa/en/]