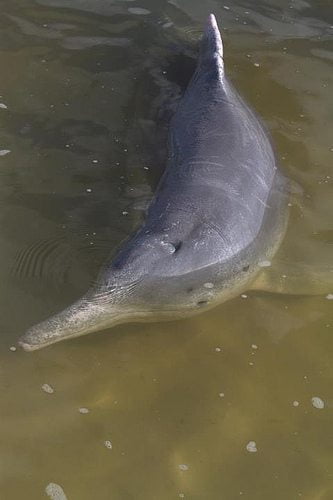 Coastal development and other human activities are affecting two species of dolphins, the Australian snubfin and the Indo-Pacific humpback, forcing them to live in isolated groups with limited genetic diversity, a new study has shown.

The two little-known species, found off the western Australia coast, are said to be suffering from activities such as dredging, construction and shipping.

A study published in the journal PLOS ONE observed individuals from both species and found they live in small isolated groups with low levels of gene flow, meaning they can easily be affected by human activities and are more vulnerable to environmental change and localised extinction.

Lead researcher from Murdoch University, Alex Brown, said, “We would urge management authorities to look at the research and think about it when assessing the environmental impact of projects and dredging.

“Although they may not find a lot of these dolphins in the immediate location of where there are plans to build a coastal development or port, they need to consider that the area may be an important migration route.”

Brown added, “Snubfin and humpback dolphins are often found in the same locations and aggressive and sexual interactions have been recorded previously between the two species.

“This might be a result of living in small, isolated populations and a consequent lack of same-species breeding opportunities.”