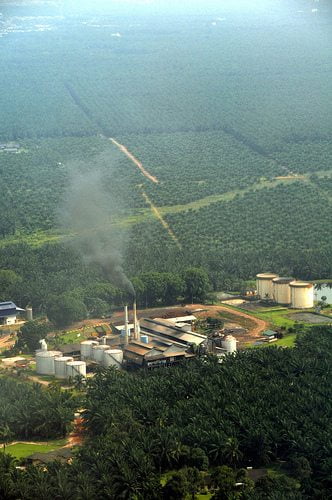 Investors are being told to stay away from a palm oil company whose founder is one of the bosses of an illegal logging firm in Indonesia.

Sawit Sumbermas Sarana (SSMS) company already has 78,000 hectares of palm plantations in Indonesia and is looking to expand using a $90m initial public offering (IPO) on the Jakarta Stock Exchange.

But the Environmental Investigation Agency (EIA) has warned investors that the founder of the company – who currently controls the shares – has a track record of forest crimes dating back to the 1990s.

Abdul Rasyid was named as one of the top 18 illegal logging bosses by the Indonesian government, the charity claimed.

EIA campaign director Julian Newman said, “Rasyid has tried to airbrush out his past as a major illegal logging boss and is now seeking respectability to expand his palm oil business. He made his first fortune through massive timber theft and is seeking to grow his wealth through further destruction of Central Kalimantan’s dwindling forests.”

However, the NGO added that by so far ignoring Rasyid’s credentials, SSMS has cleared 10,784 hectares of forest for palm oil cultivation, without gaining the permission from the government. The area of rainforest cleared is a special habitat for wildlife, especially primates like endangered orangutans.

Newman added, “Given Rasyid’s past activities and the current threat posed by SSMS to vital orangutan habitat, when it comes to the imminent IPO it is clear case of ‘investor beware’.”

Sustainable palm oil recently came under scrutiny as it was revealed that some firms that committed to responsible sourcing often failed to stick to the environmental and social standards required.