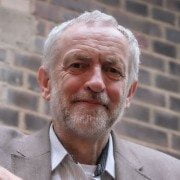 We’ve already covered Labour conference speeches on energy, environment and transport. Here’s Jeremy Corbyn and John McDonald in their own words. Without comment, as we know our readers have “sense enough to make reflections for themselves”. From October 4, we’ll cover the same for the Conservatives.

In a speech by Jeremy Corbyn MP, Leader of the Labour Party, to conference, said: “The global environment is in peril. We need to be part of an international movement to cut emissions and pollution. To combat the environmental danger to our planet.”

In a speech by John McDonnell MP, Shadow Chancellor of the Exchequer, to conference , said yesterday: “I have established an Economic Advisory Committee to advise us on the development and implementation of our economic strategy. We will draw on the unchallengeable expertise of some of the world’s leading economic thinkers including Joseph Stiglitz, Thomas Piketty, Professor Mariana Mazzucato, Simon Wren Lewis, Ann Pettifor and former member of the Bank of England Monetary Committee, David Blanchflower and many, many others drawn in for their specialist knowledge.”