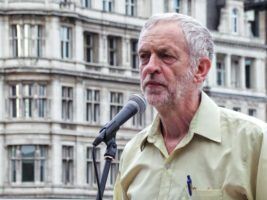 Labour Leader Must Do More But Commitment From Corbyn Welcomed

CEO of environmental lawyers ClientEarth, James Thornton,  has called on the Labour leader, Jeremy Corbyn to go further, but has welcomed his commitment:

“I’m pleased to hear Jeremy Corbyn declaring his commitment to implementing EU environmental protections – something that Theresa May’s cabinet has so far failed to do. First and foremost, we need to keep the EU protections we have now. They have served our country well. Once they are secure, we can start strengthening protections for wildlife and the environment.

“But political leaders also need to commit to strong and effective means of enforcing those laws because if oversight is not to be provided by the EU Commission and the European Court of Justice in future, then the lead must come from government and the UK courts.”

“If the Labour leader is fully signed up to protecting the environment and tackling the UK’s air pollution crisis then we also would urge him to back our calls for a new Clean Air Act, which the London Mayor Sadiq Khan already supports.”