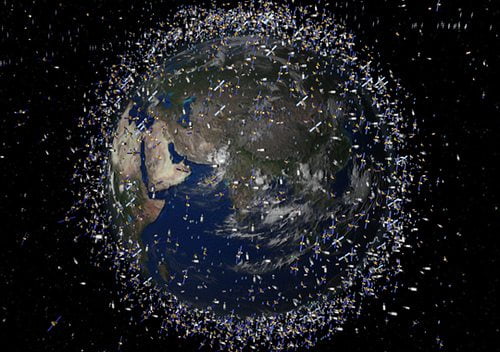 US defence and aerospace giant Lockheed Martin has announced it will develop a pioneering laser system to track the growing threat of space debris.

Working with Electro Optic Systems (EOS), an Australian technology firm, Lockheed Martin will build a new tracking station in Western Australia, which will use optical and laser technology to detect orbiting space junk.

Only a small percentage of the manmade objects in space are functioning satellites. Scientists say that there are more than 300,000 pieces of debris in space, including screws and bolts, large parts of rockets, spatulas and gloves.

This growing halo of junk is a serious threat to functioning satellites and future space missions, as the risk of collisions increase. In orbit, an object just 1cm wide can be travelling so fast that a collision could be devastating.

Scientists also fear that a large collision could set off a chain reaction, creating many more pieces of debris in a self-sustaining cycle. This scenario was recently portrayed in the 2013 film Gravity.

“Even a tiny piece of space debris can seriously damage satellites worth hundreds of millions of dollars,” explained Craig Smith, chief executive of EOS Space Systems.

“Our technology enables us to track the most dangerous pieces of space junk and provide accurate data to satellite operators, which should enable them to avoid collisions.”

There have already been four major collisions in low Earth orbit. The most serious was in 2009, when an Iridium Communications satellite collided with a defunct Russian Space Forces satellite at over 25,000 miles per hour.

While simply tracking debris is the priority for now, experts have concluded that it will eventually become necessary to remove larger objects from orbit.

Scientists have put forward a number of fantastical-sounding ideas of how this can be done, from autonomous spacecraft armed with harpoons to surface-mounted lasers.